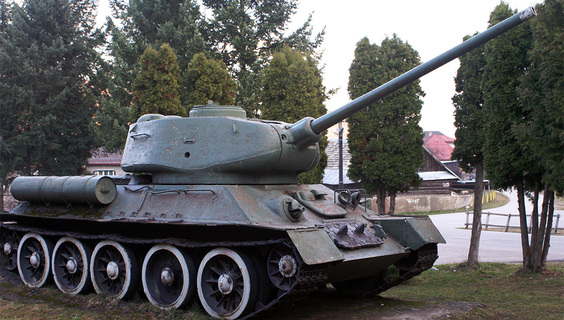 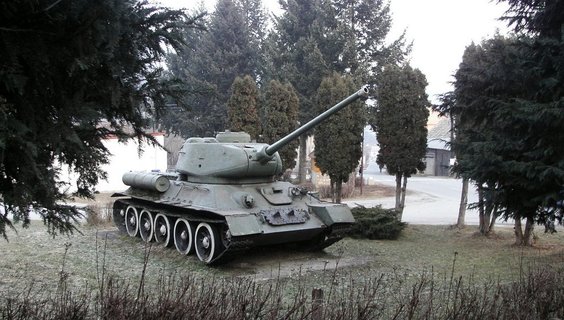 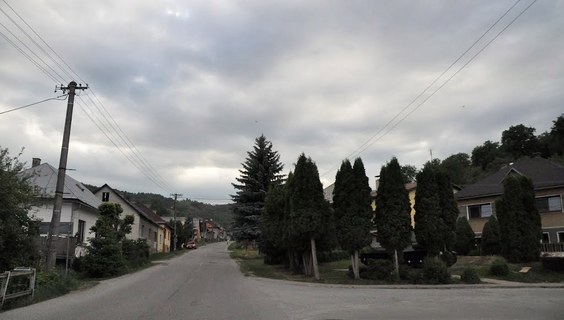 Can you guess which tank won World War II? For many, the answer is probably clear. It is the Soviet tank T-34. And one of them, as a memory of the liberation struggles of World War II, can be found in the village of Klenovec.

Klenovec belonged to the main centers of anti-fascist resistance during the Slovak National Uprising. Heavy fighting took place here. The streets were full of tanks and trucks then.

Tank T-34 arrived to the village by its own drive in 1969 on the occasion of the 25th anniversary of the uprising. Subsequently, the engine was removed from it and left in the meadow at the main road. Surrounded by high cedars, it stands there to this day.

It is considered not only a memorial but also a tourist attraction due to its numerous attendance. Another historical artifact from World War II is a small cannon, which can be admired on the Karol Salva Square in Klenovec.

You may need some: accommodation district Rimavská Sobota

Nearby things to do at Tank of World War II

The summer swimming pool in the village of Klenovec opens its gates with the first stable summer rays. The swimming pool is surrounded by the nature of the Vepor Hills an...

Chorepa Saddle is a meadow saddle in Klenovské Hills, about 6 km from the town of Kokava nad Rimavicou. The saddle is a natural sight-seeing location with a beautiful vie...

On the boundary of villages of Klenovec and Kokava nad Rimavicou, there is a lookout tower called Slopovo. It stands at an altitude of 851 meters in the beautiful surroun...

The summer swimming pool of Hnúšťa is located in a pleasant environment - ideal for relaxation or doing sports. It opens its gates regularly with the first stable summer ...

Tisovská Hradová is one of the most significant landscapes in the surroundings of Tisovec. This massive limestone hilltop with numerous caves has provided people with a s...

Tŕstie is a mountain massif with a distinct peak of the same name, which rises to a height of 1121 m above sea level. The Tŕstie Hill represents a majestic dominant tower...

Kokava Línia Ski Center is the perfect place to enjoy, whether it is skiing or snowboarding. Kokava-Línia pistes are most suitable for beginners, children, families and t...