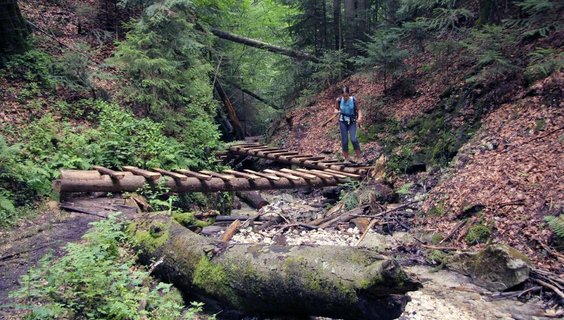 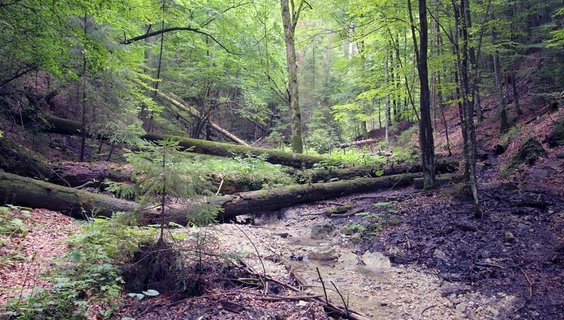 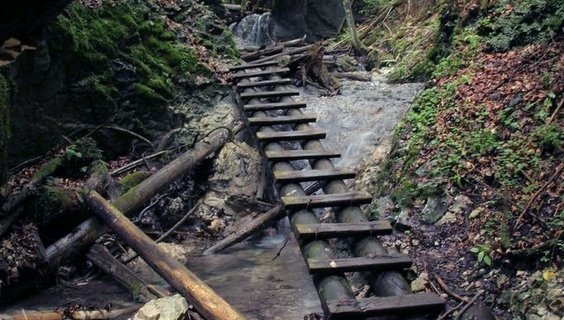 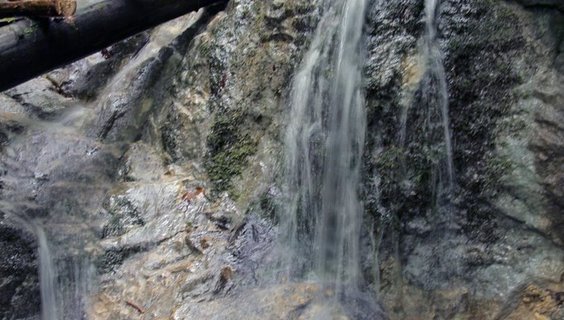 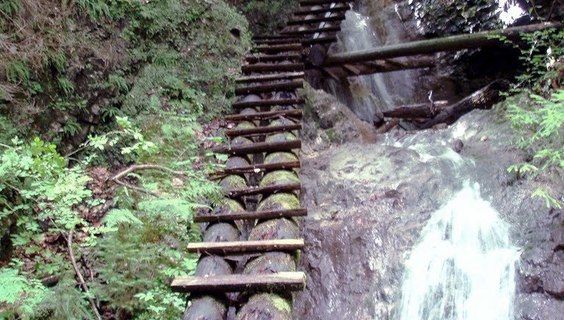 Probably the most visited and most typical gorge of the Slovak Paradise is Kyseľ. The upper part is divided into Vyšný, Malý and Veľký Kyseľ. The Kyseľ Gorge together with the Sokol Valley and a part of the White Stream Valley form the Kyseľ National Nature Reserve.

One of the branches of this gorge, Veľký Kyseľ, is one of the wildest straits of the Slovak Paradise and is probably the most attractive for tourists. The unrestrained flow of the same brook flows through the ravine, which flows into the Little Kyseľ at the mouth and together they form the Kyseľ brook.

Gorge full of beautiful gates, caves and waterfalls. Pawlas Waterfall, Waterfall of Nature Conservationists, and Waterfall at Barrier are among the tourist-friendly waterfalls that will take your breath away and create a smile on your face.

The sad side of this gorge is the fact that the Veľký Kyseľ gorge was closed after one of the most dramatic fires in the history of the Slovak Paradise. Nature has recovered from this disaster for 40 years. Only a substitute route leading through the fire-free section was accessible to the public. Since 2016, however, the fire-affected part in the form of ferrata - Ferrata HZS Kyseľ is also accessible.

The starting point of the hikes to the gorge of Kyseľ and its individual branches is mostly Kláštorisko. The Kyseľa valley is also accessible by footpaths along the marked paths from Spišská Nová Ves and Dedinky.

You may need some: accommodation district Spišská Nová Ves

Nearby things to do at Gorge Velky Kyseľ

If you take for a short tour in Malý Kyseľ Ravine, which is, however, rich in nature uniques, you should definitely not miss the Moss Waterfall. It is one of three succes...

The smallest waterfall of the Sokolia Valley (Falcon Valley) in the Slovak Paradise is called the Rocky Waterfall. It reaches a height of only 3.5 meters, but it is enoug...

The Slovak Paradise could be also called a golden mine of waterfalls. In almost every gorge or ravine, you will find larger or smaller waterfalls and cascades. Even in So...

The passage through each ravine is challenging and requires sufficient tourism capability. If you would like to try such a more demanding ravine with more beautiful trans...

Kláštorisko is a tourist resort in the Slovak Paradise. There are ruins of a Carthusian monastery from the 13th century.

The strategic position of this space was noticed...

Do you know where you can find one of the wildest Slovak valleys? You can find it in the Slovak Paradise, specifically on the eastern edges of the Glac Plain. This is the...

The Rainbow Waterfall is located in the shortest ravine of the Slovak Paradise, specifically in Kláštorská ravine. It is one of seven waterfalls that diversify the nature...

If you want to experience the true wilderness in the heart of one of the most beautiful gorges of the Slovak Paradise, we recommend visiting the ferrata HZS (Mountain Res...