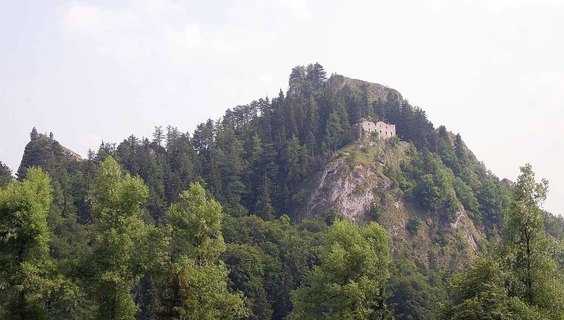 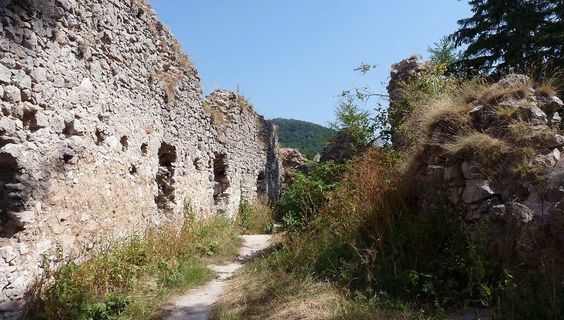 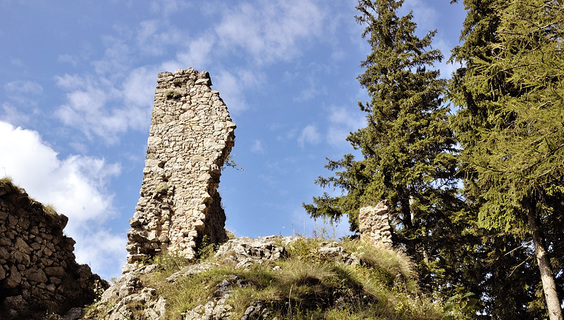 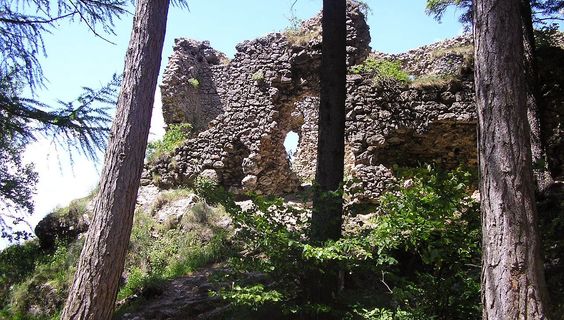 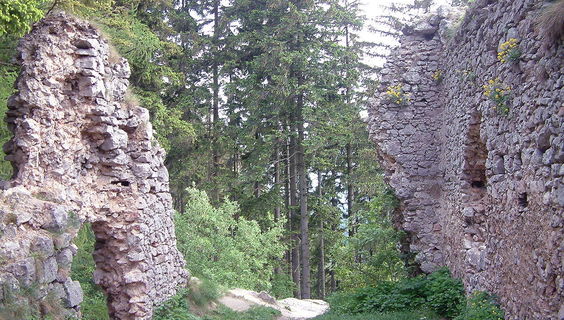 Vršatec Rocks are a massive limestone massif that is unmistakable and easily visible from a distance. They rise above the village of Vršatské Podhradie and hide the ruins of Vršatec Castle in their stone towers and steep walls.

Vršatec Castle is one of the highest castles. It is surrounded by inaccessible limestone rocks, making it one of the typical impregnable medieval castles. Vršatec served as a guard castle, which together with other castles secured the north-western border of Hungary.

The castle had several owners and part of the impressive castle complex were also a bakery, mill or brewery. Vršatec Castle was destroyed shortly after the Rákoci rebellion.

The ruins of the castle are easily accessible from the village Vršatské Podhradie (about 200m), above which they lie. Vršatec Rocks are also a crossroads of several hiking trails. There is also a 6 km long nature trail. With the castle ruins themselves, as well as from any other place Vršatec Rocks, there are beautiful views of the landscape of Central Považie region.

You may need some: accommodation Vršatské Podhradie

Nearby things to do at Vršatec Castle

Natural treasures of the Center Považie region undoubtedly include the charming and somewhat mysterious Vršatské bradlá (Vršatec Cliffs), which are part of the White Carp...

Forest nature trail of Bolešov - Krivoklát is one of the information and educational paths that will take you through beautiful locations in the White Carpathians. It was...

A unique Outlier of Červený Kameň attracts from a distance like a magnet. A sharp rocky ridge with a rock needle and a massive rock wall create an impressive landscape sc...

In the Bolešovská Valley, below the ridge of Biely vrch (White Peak), there is the most massive and extensive foaming formation of the White Carpathians. It is the Dragon...

In Bohunice nad Váhom, a small village in the foothills of the massive Vršatecké Bradlá, the romantic mansion from the mid-19th century built in Neo-Gothic style stands p...

On the rock, which rises above the village of Lednica, ruins of Lednica Castle can be found. Castle used to serve to guard the border once. It was built in the first half...

An open-air museum was established at the airport in Slavnica in the Ilava district. The idea of making a museum at the airport came from enthusiasts of Aeroclub Dubnica ...