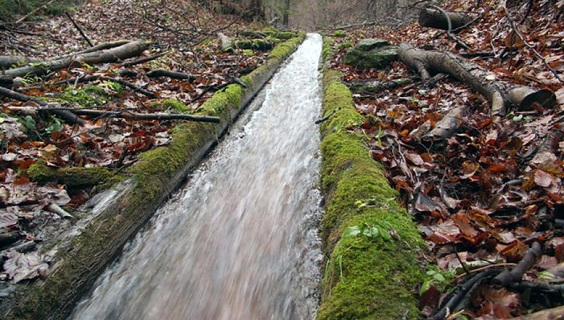 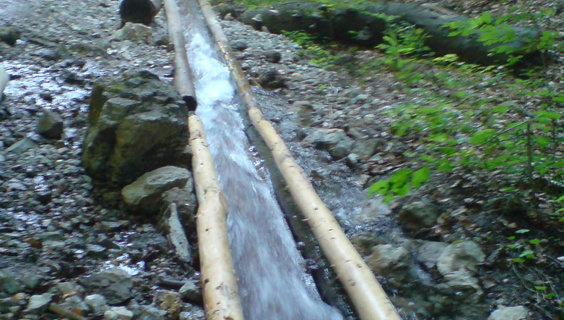 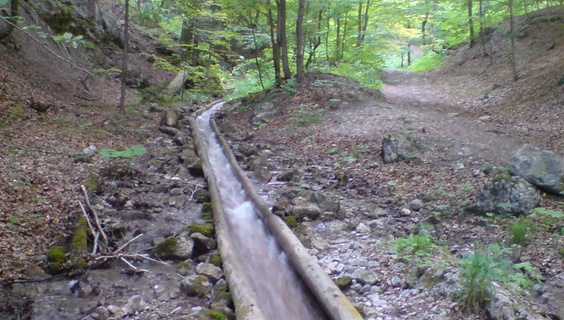 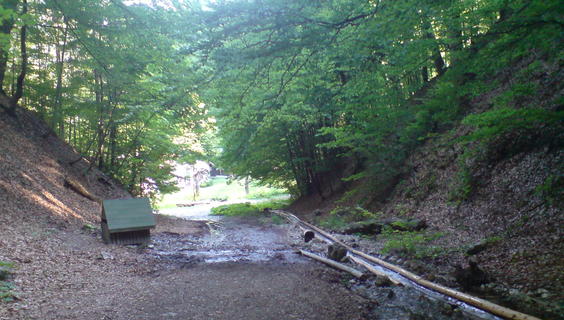 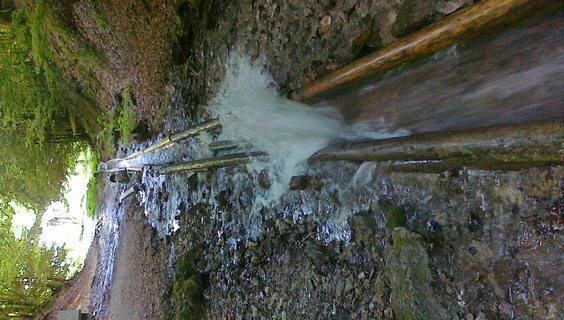 The water gutter is located in the valley of Rakytovo near the village of Dolný Harmanec - about 12 km from Banská Bystrica. The length of the gutter is almost 2.5 km and in 2000, it was declared a national cultural monument. The whole construction of the water gutter is made of wood - spruce and fir, without using any other (eg metal) material.

It was built on Rakytovo Brook, probably already in the 19th century, and was used for rafting straightened wood. Over the years, it has been severely damaged and has remained partially inoperable. However, thanks to the initiative of the City of Banska Bystrica and the efforts of the workers of the City Forests, it was renovated and solemnly presented to the public in 2007.

There is a marked hiking trail and an asphalt road around the gutter too.

You may need some: accommodation district Banská Bystrica

Nearby things to do at Water gutter of Rakytovo

In the vicinity of the well-known and popular Harmanecká Cave, there is yet another, yet not well known Dekrétová Cave. The entrance to the cave is situated in the opposi...

The cave underground of the southern part of the Greater Fatra National Park conceals mysterious natural splendors, which together formed the most important Slovak cave. ...

Enthusiasts of intact nature and tourism will certainly appeale to the national nature reserve Harmanecká tisina, which lies north of the Malý Šturec Saddle. It is part o...

The diverse mountains of Kremnica Hills offer truly attractive tourism for even the most demanding tourists. Kremnica Hills are full of secret corners and places that are...

The Kordíky Ski Center is located in Kremnica Hills. It is especially suitable for less demanding skiers, beginners and families with children. The tracks are covered wit...

When you say "Špania Dolina", everyone in Slovakia will immediately experience beautiful nature, a rich tangle of hiking trails or excellent skiing. However, Špania Dolin...

Majer's Rock is a unique natural creation. Thanks to its uniqueness and natural exceptionality, it is included in the natural monuments of Slovakia.

The Astronomical Clock has become an essential part of the village of Špania Dolina, as well as a popular and sought-after attraction. It is a unique musical astronomical...