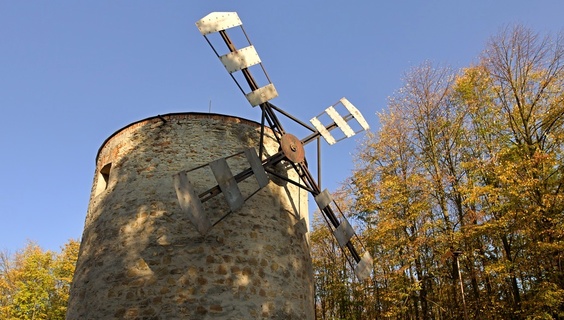 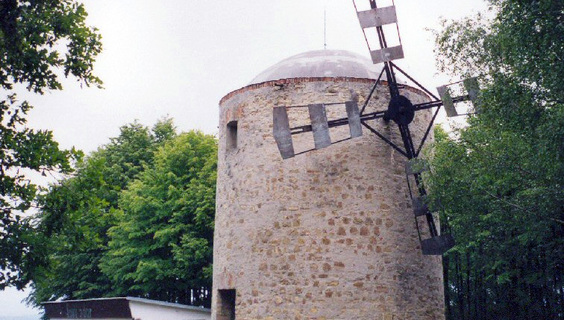 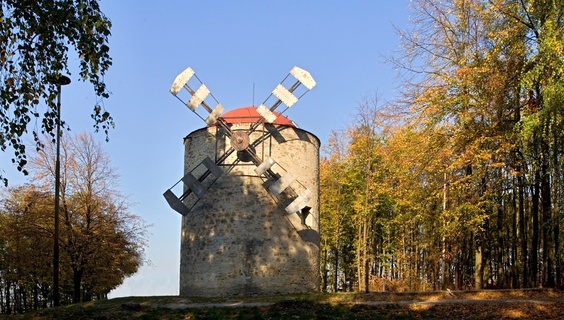 Windmill at Holič is the only preserved Dutch type windmill in Slovakia. It is made of stone with a circular ground plan and has three floors. It was built in the late 19th century.

This Dutch type mill operated at the end of the 19th century. Its upper part was originally rotatable and its position adapted to the wind flow. This condition lasted until 1926, when it was replaced by a brick dome. The mill stopped functioning after the First World War.

Then the mill fell into disrepair until the local hunting association reconstructed it after 1970. Mill technology is no longer there, its premises are used for various cultural and social events. Mill has been registered in the central list of cultural monuments for almost half a century.

In 2018, the town of Holíč bought the mill from the hunters and the windmill should have become one of the attractions of the city in terms of tourism and at the same time a relaxing zone for Holíč people with created conditions, for example, for a barbecue or roasting.

The interior of the mill is accessible during the summer tourist season (july - august) and during the European Cultural Heritage Days.

You may need some: accommodation Holíč

Nearby things to do at Windmill

Holíč
0.7 km
Church of Our Lady of Pochaevskaya
Sacral monuments

If your heart yearns for the fascinating history of the Habsburgs, the town of Holíč has a lot to offer. When you come here, the Baroque-Classicist monumental Holíč Castl...

Rotunda of St. George is originally a Romanesque building from the turn of the 12th and 13th centuries (although a new study says it comes from the first half of the 11th...