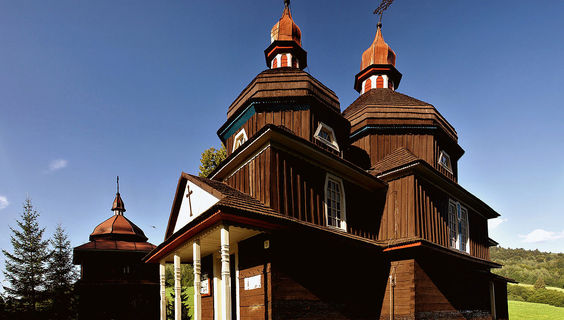 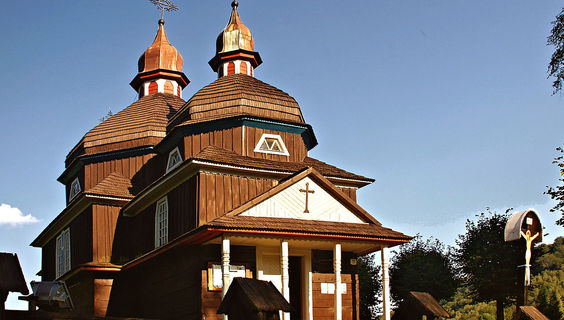 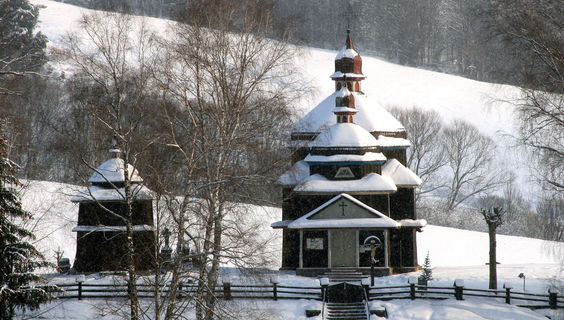 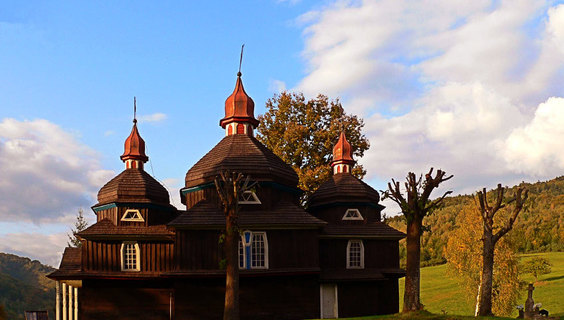 In the village of Nižný Komárnik, below the peaks of the Low Beskydy Mountains, there is a picturesque Greek Catholic wooden church of the Protection of the Holy Mother of God. It was built in 1938 near a dysfunctional and in the meantime demolished older baroque church.

The church was the only Greek Catholic temple in Slovakia built in a log style under the supervision of an architect. From the building point of view, it is a single-nave log building built on a raised substructure. The temple consists of a sanctuary, a temple aisle, and an anteroom, each with its own dome.

The interior decoration, apart from the iconostasis, dates back to the time of the construction. The iconostasis itself dates back to the end of the 19th century. It comes from Trebišov, where a Bohdanský family of well-known icon painters has been working. The most famous icon is the "Last Supper" based on Leonardo da Vinci's famous painting.

On the north side of the temple, there is a wooden bell tower with one bell. The temple belongs to the Greek Catholic parish of Krajná Bystrá. If you are interested to come here, you must book in advance.

Nearby things to do at Wooden church in Nižný Komárnik

Another gem of the collection of beautiful Slovak wooden churches with immense historical and sacral value stands in the village of Lukov on the northern foot of Čergov H...