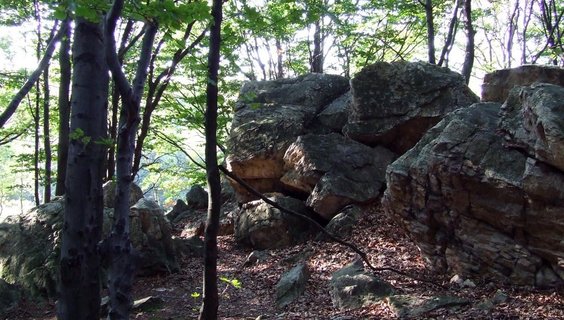 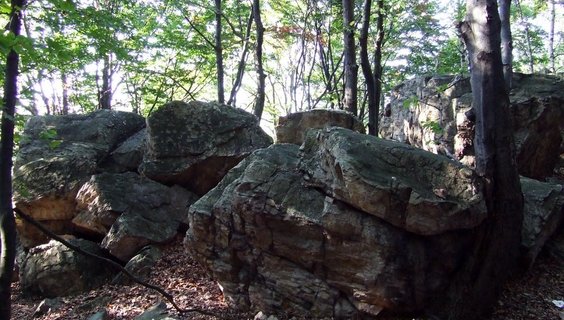 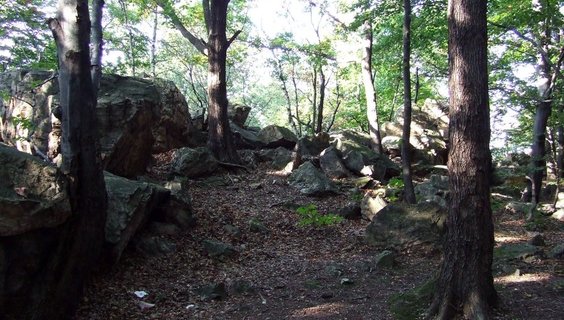 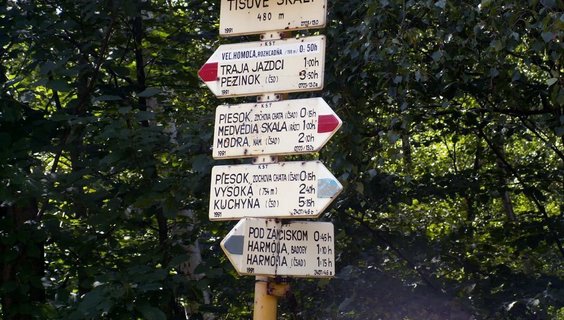 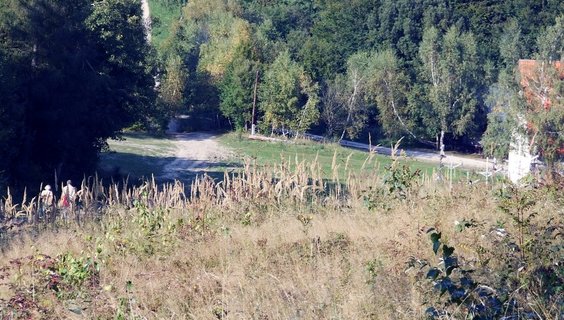 Below the Veľká Homoľa Hill, only a short distance from Zoch´s cottage, there is the charming rocky kingdom - the so-called Tisové sklay (Yew Rocks). It is a natural monument, which certainly attracts the attention of many tourists. In addition to many rock formations, you can admire the beautiful nature and enjoy the undisturbed silence.

The rocks are interesting mainly due to their segmentation. They consist of three separate parts of the rock ridge and create a very charming and photogenic places. These quartzite rocks, formed during the Tertiary folding, represent an important example of the genesis of the Small Carpathians. The name of the rocks was derived from the yew tree, which once grew here, but today it is very difficult to find here.

Yew Rocks are easily accessible. We recommend their visit to everyone. They are located directly on the blue tourist trail leading from Zoch´s cottage through Zámčisko to Harmónia.

You may need some: accommodation Modra

The Zoch's Cottage Ski Resort is located about 15 km from Modra. It offers four ski slopes designed especially for beginners. The longest one is about 300 m long and is o...

Modra - Piesok
0.8 km
In the footsteps of mountain people
Hiking

Do you like nature, fresh air and getting to know new things? Come with us for a walk to Zoch´s cottage. In addition to walking in the beautiful surroundings of the most ...

If you like good hiking and beautiful views as bonus, take a trip to the hill of Veľká Homola, which rises above the town of Modra.

The lookout tower is built in a moder...

If you find yourself near the town of Modra and want to discover its natural beauty, try to skip the traditional and crowded tourist sites in the Little Carpathians and e...

THE LOOKOUT TOWER IS CURRENTLY CLOSED DUE TO THE DISREPAIR.

The small lookout tower on the top of Kukla Hill will surprise you with its large and unrepeatable views of t...

ZOYA Gallery&Museum presents the art of Slovak visual modernism as well as contemporary Slovak and world authors. These are basically two institutions - the ZOYA Gallery ...

In the area of the magical fairy-tale castle os Červený Kameň is the Falconry Yard called "Astur", where during the season flight demonstrations of predators are presente...

If you are looking for a great tip for a day trip near Bratislava, go to Červený Kameň Castle. Pleasant forest environment, and attractive program will appreciate familie...