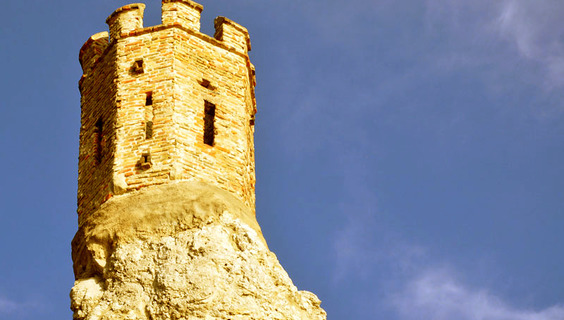 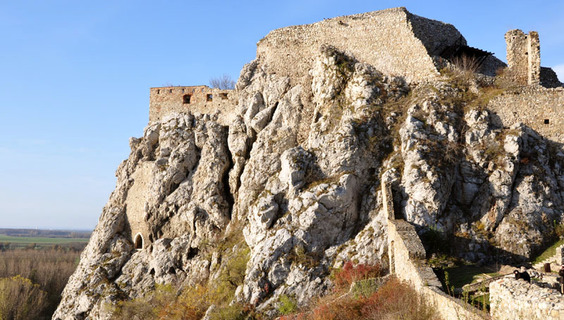 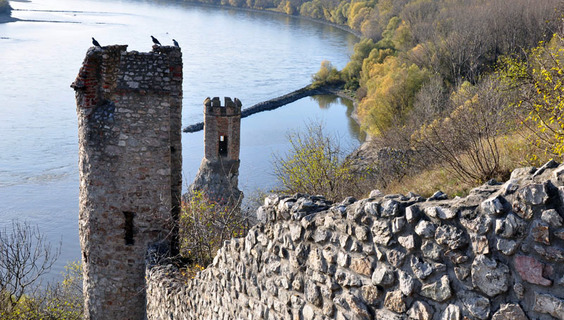 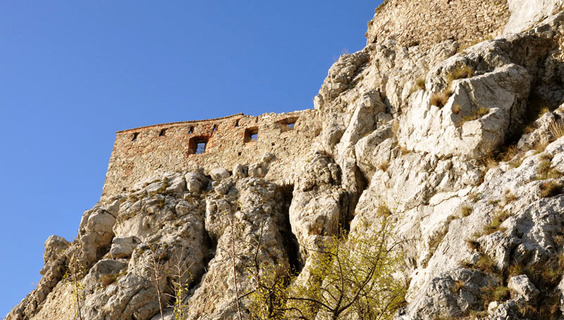 Devín Castle belongs to the main attractions of Bratislava. This charming castle ruin rises on a high cliff above the confluence of the rivers Danube and Moravia.

Devín Castle together with Nitra Castle and Bratislava Castle belongs to the oldest historically documented castles in Slovakia. It is also considered one of the most important historical and archaeological sites in Central Europe.

The castle of Devín has an extraordinary ground plan that is adapted to the shape of the castle. Thanks to its strategic location, the castle hill was already settled in prehistoric times, and therefore, the castle became an important Great Moravian defensive fortress and Rastislav's princely fortification.

Many tourists come here not only to learn about the history, but also to enjoy the beautiful view that comes from the upper castle and the ubiquitous natural scenery just ike from a fairytale.

In the caves of the upper castle there is a permanent exhibition of Devín Castle in the 13th - 20th century, which is located in the attractive premises of the castle rock. at the Renaissance Palace, visitors can admire the commemorative plaque reminding of the historical trip of Slovak youth to Devín, organized by Ľudovít Štúr in 1836.

Devín Castle can be reached easily by car or public transport, shuttling around Bratislava's Devín district. A charming tour route ideal for families with children begins by entering the western Moravian Gate of the castle.

During the season, performances of historical fencers or other accompanying events take place in the castle. Visitors can also try their skills in javelin, or axe throw, or archery.

You may need some: accommodation Bratislava

Nearby things to do at Devín Castle

Sokoliareň in Devín is not only a recreation area with a rich exposition of birds of prey and flight demonstrations but you can also experience direct contact with anima...

Dúbravská Hlavica is a low hill in the forests starting behind the Bratislava city district Dúbravka. The surrounding deciduous forests are intertwined with a tangle of m...

Sandberg is a sandstone hill located in Devinska Nova Ves. For the inhabitants of the city of Bratislava, it is an excellent holiday and excursion place that offers a pie...

For all lovers and enthusiasts of the history of the First and Second World War, we recommend visiting Dúbravka. In the local forest, you can find several caverns (bunker...

An interesting archaeological site in the immediate vicinity of the hustle and bustle of the city of Bratislava is Villa Rustica located in the forests of Dúbravka, the u...

The Museum of Croatian Culture in Slovakia is a permanent extended exhibition of the Slovak National Museum. Located in Devínska Nová Ves, it focuses on the presentation ...

Indulge yourself with a feeling like in a action movie and shoot at target with a real weapon at a covered shooting range in Bratislava. You can choose from different typ...