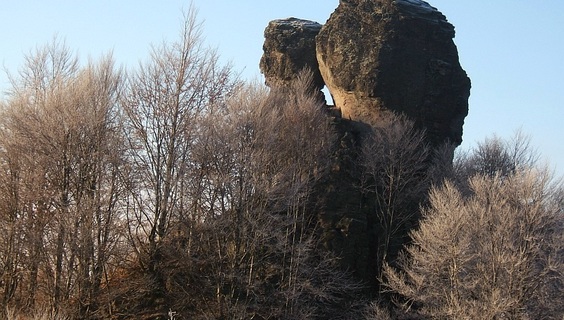 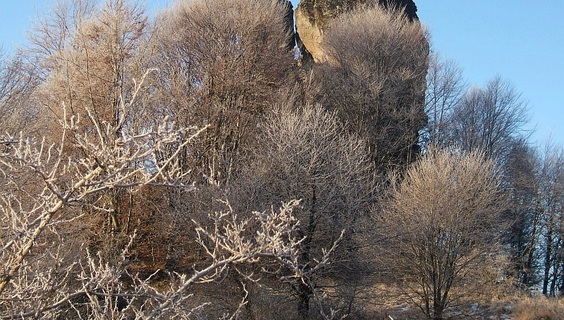 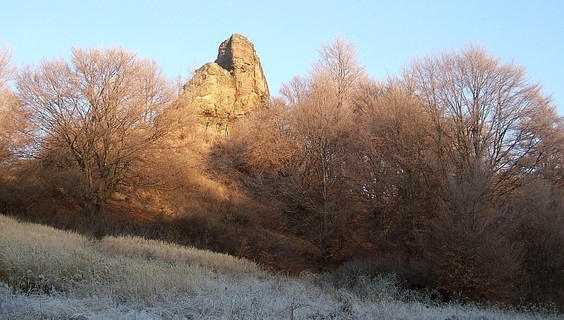 The distinctive village of Detva is guarded on the south side by massive rock - Melich's Rock, which is part of the high and wild Poľana.

Melich's Rock is a 30 m high rock tower projecting from the surrounding gentle slopes. However, its name is not random, because it is standing on the land that once belonged to the Melich family. Since 1964, it has been declared a natural monument.

There is also a reputation for this monumental rock, saying that it is the fossilized daughter of Melich family with a hamper on her back, who has turned to rock on her way to the wedding.

The climb to the rock is simple and undemanding, can be reached by a hiking trail. Just follow the blue marked trail. The closest village is Skliarovo (about 1.5 km). You will see the rock immediately as it protrudes monumentally from the surrounding mild hills.

You may need some: accommodation Detva

Nearby things to do at Melich's Rock

Kalamárka is a natural site in the foothills of Poľana near Detva. What will enchant you in this area for sure is the extremely rugged relief that has long been a traditi...

The summer swimming pool in Detva is located next to the famous Folklore Festival below Poľana Hill. Although the swimming pool is smaller, it has a lot to offer.

National Natural Monument Waterfall of Bystré is located on the southern slopes of Poľana, about 8 km north of Hriňová. It can boast of its 23-meter height, making it one...

Poľana is one of the most precious complexes in Slovakia. The difficult availability of its territory and its specific location also contributed to this.