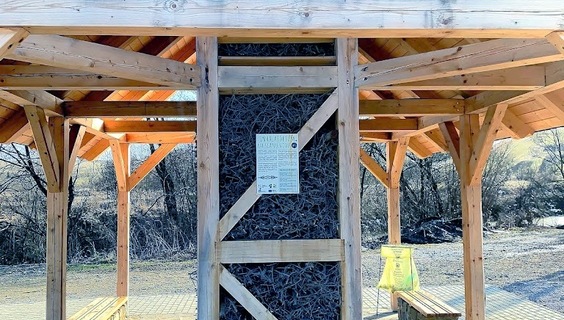 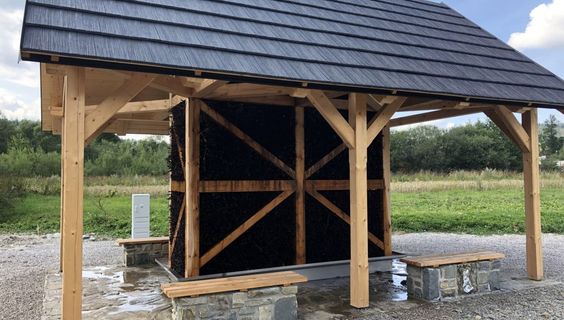 In the northernmost village of Slovakia, in Oravská Polhora, you will find a really unusual tourist attraction. The nearby springs of salt water below moutain Baba hora have made it possible to create an inhlatory in which you will breathe, similar to a holiday by the sea. It's because its microclimate is similar to the sea climate.

The principle of the inhalatory consists in the circulation of salt water, its free fall and air flow through the reed reeds, thanks to which the iodine-bromine water evaporates. When you stand by the gazebo, the smell really smells like the sea and breathing here also has beneficial health effects.

At the spring below Baba hora, from which the salt water comes, there were well-known spas at the turn of the 19th and 20th centuries. They treated various respiratory diseases, skin problems, tuberculosis and swelling. The beneficial healing effects of this water are still used today.

Nearby things to do at Natural Salt water inhaler

Oravská Polhora Ski Center is one of the smaller ski resorts in Orava. The resort's greatest merits are its pleasant atmosphere with a reasonable number of skiers, unbeat...

A new, 16-meter-high wooden lookout tower was built near Oravská Polhora in 2019. The majestic wooden structure is built on a stable stone base. You will get to the top o...

Grúniky Ski Resort offers perfect skiing in the beautiful environment of Orava nature. The resort has an excellent location, located directly at the foot of the Orava Bes...

Forest educational trails are a successful project under the auspices of LESY SR, (FORESTS OF THE SLOVAK REPUBLIC), the aim of which is to present not only the environmen...

The picturesque village of Oravské Veselé is surrounded by several mountains and hills, but only one of them can boast of an interesting and symbolic attraction. The hill...

Oravské Veselé
8.5 km
Statue of Christ in Klin
Other attractions

On the hill of Grapa above the little village of Klin, there is a unique rarity - a monumental statue of Jesus Christ, which is a copy of the famous Brazilian statue in R...

The beautiful region of northern Slovakia is bordered by a mountain called Babia Hill. It can also boas of some extraordinary attributes. Babia Hill is the northernmost o...