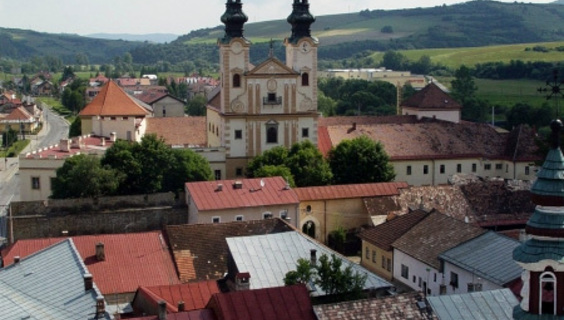 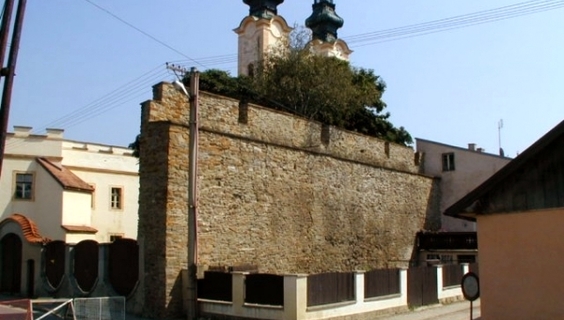 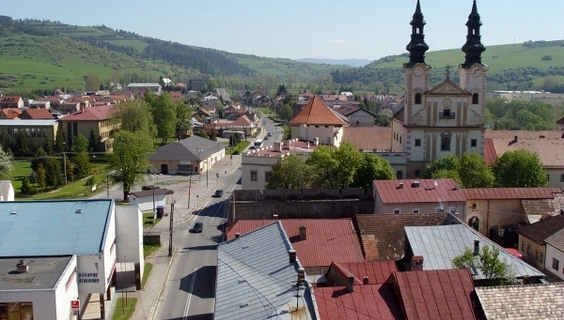 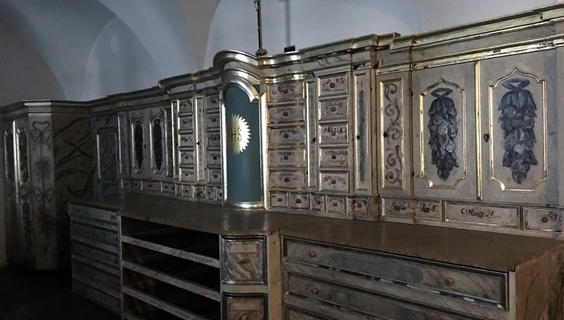 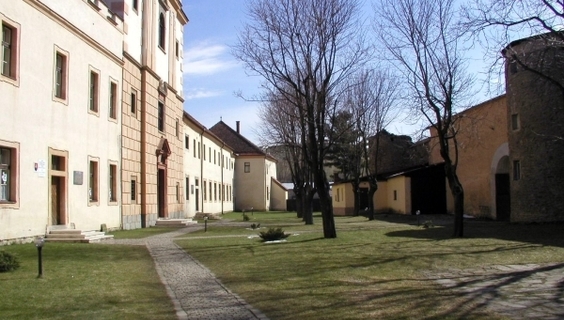 The picturesque historical mosaic of the town of Podolínec is completed by its precious landmark - Piarist Monastery. The foundations of this early Baroque building were laid in 1642.

A distinctive feature of this monastery is its unusual and elaborate façade, four towers, and a two-tower church in the center, dedicated to Krakow's martyr Stanislaus. The building of the monastery is two-storey and its two-tower church divides the courtyard into two parts, namely the farmyard from the north and the paradise garden from the south.

Interestingly, the individual towers were fully used. There was a kitchen in the northern corner tower (the so-called Rákoci Tower). There was a library in the southeast tower, near the monastic duties, and the sanitary facilities in the west tower. Towers from the outside look slim and spectacular. Each of them reaches up to 44 meters.

In the past, the monastery was the site of the famous Piarist Grammar School - the so-called "Spiš Oxford". Today it houses the Redemptorist novitiate, laical missionary communities, ecclesiastical schools and orphanages.

The interior of the monastery church is a majestic aesthetic work. Visitors can admire frescoes, sculptures, chandeliers, paintings, altar paintings with scenes from the life of St. Stanislaus. Many visitors will notice that the entire space has also unique acoustics.

You may need some: accommodation district Stará Ľubovňa

Nearby things to do at Piarist Monastery

Holumnica Castle ruins are located on a hill behind the village of Holumnica. The castle was probably built sometime at the turn of the 15th and 16th centuries. Literatur...

The town of Vyšné Ružbachy is not only rich in mineral springs, but also travertines and sculptural jewels that are set in a beautiful natural environment, surrounded by ...

Spa in Vyšné Ružbachy has a special position among spa in Slovakia.Its healing carbonic springs have been healing the body since the 16th century and the magical surroun...

Slovakia can also boast of its own White House too. Maybe not exactly like the one in US, but still more spectacular, unique, traditional and beautiful.

Slovaks are lucky to possess so many natural treasures. After all, the earth-carbon springs of the Spa in Vyšné Ružbachy are among the most effective in all of Europe. At...

Spa Vyšné Ružbachy is situated in eastern Slovakia. It is located on the border of two national parks - National Park of Tatras and Pieniny National Park. The spa is surr...

You will never forget a spa stay at Hotel Travertin! The healing springs of the well-known spa in Vyšné Ružbachy are among the most effective not only in Slovakia, but th...

The Izabela thermal swimming pool awaits its visitors in the spa area of Vyšné Ružbachy.

Here you will find 2 large, 2 small and 1 indoor thermal pool. It has gained its...