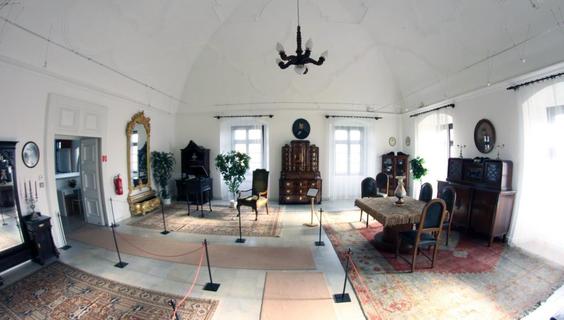 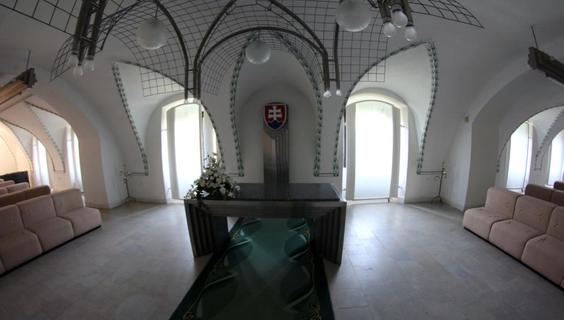 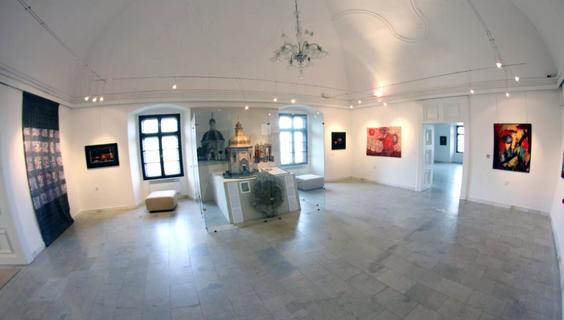 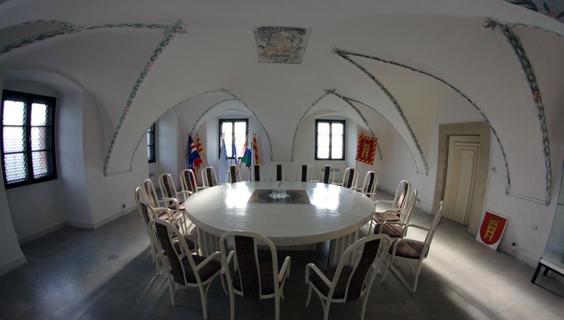 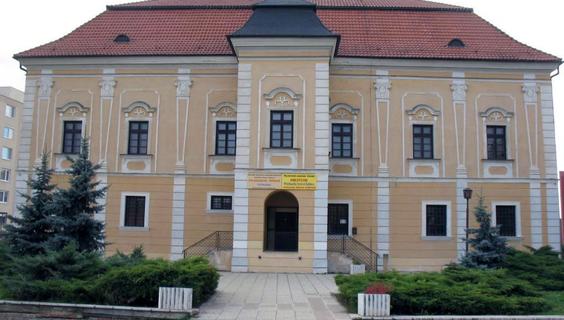 The pride and symbol of Galanta is the Renaissance mansion. The mansion stands in the middle of a housing estate surrounded by panel buildings. In the past, it was set in a beautiful park. The Renaissance manor house belonged to the most important Hungarian noble family of Esterházy

The manor house was built at the turn of the 16th and 17th centuries and was rebuilt several times. The present appearance of the mansion is the result of Baroque-Classicist reconstruction. The renaissance mansion has been completely restored in historical heritage. Its premises serve the city and it has become a cultural venue with representative and exhibition spaces.

There is an exposition of burgher housing from the end of the 19th century and an exhibition of the topography of Galanta and its surroundings. These are permanent exhibitions from the collections of the Homeland Museum in Galanta. There is also a ceremonial hall and the mayor's representative room. The basement is used to organize smaller events.

You may need some: accommodation Galanta

Nearby things to do at Esterházy Renaissance Mansion

You can find the Petrov Grunt Riding School nestled in the beautiful natural surroundings of the village of Košúty, just a few kilometers from the town of Galanta.

The swimming pool in Horné Saliby is located in the southern part of Slovakia. For visitors, there is a whole relaxation complex, which includes 3 outdoor pools - an Ital...

The Ada swimming pool in Diakovce is located in the beautiful surroundings of the Danube Lowland. The swimming pool is open only during the summer season. It is character...

Flight in the clouds is an unforgettable experience. Be enchanted by the bird's eye view of Sladkovicovo and it's surroundings. Fly in a small motorized four-seat Diamond...