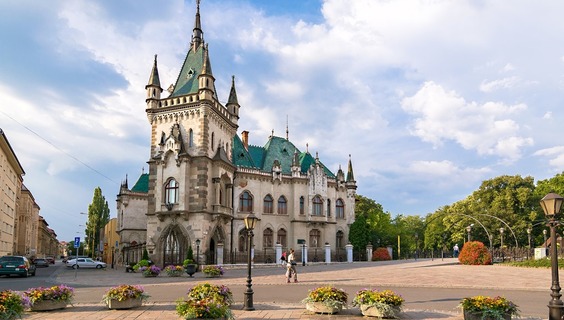 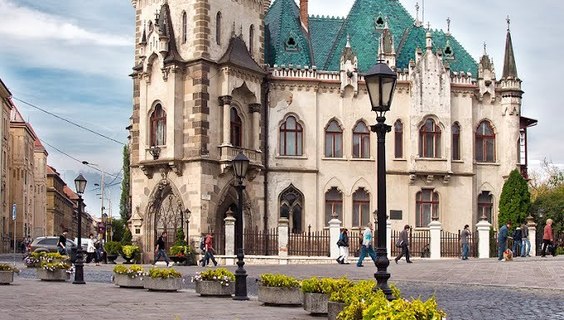 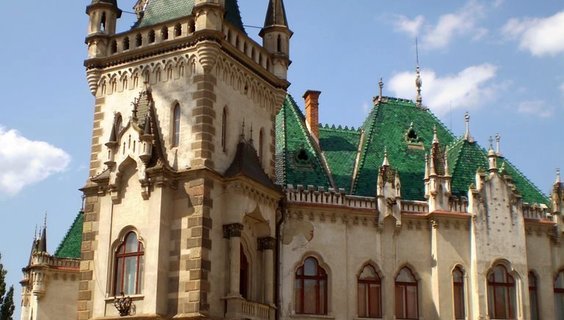 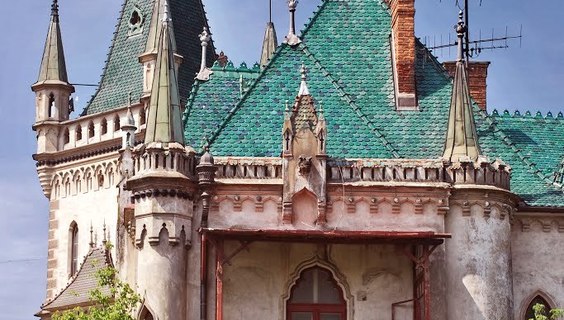 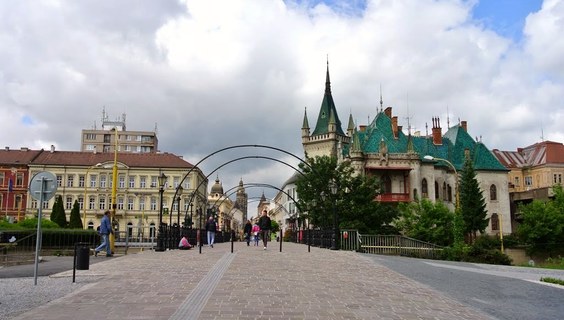 At the corner of Mlynská and Štefánikova streets in Košice, there is a beautiful historic building built in the neo-Gothic style. It is the Jacob's Palace, also known as Dzivák's Palace. This architectural gem, which attracts the views of passers-by, was built between 1899 and 1903 by the designer Ing. Arpád of Jacob, after which the palace also bears its name.

Jakob's palace is like cut out of a fairy-tale book and in the past, the surroundings of the palace seemed extremely idyllic as it stood in a quiet part on the bank of the mill drive. Today, unfortunately, it stands on the edge of a busy four-lane road.

The palace was built to commemorate King Matthias Corvinus, as evidenced by a plaque placed on the left of the main entrance gate. In the construction of the palace, even discarded stone parts from the Cathedral of St. Elizabeth were used.

In 1945, the President of Czecho-Slovakia was seated in the Jakab's palace. Edvard Beneš, which also declares a plaque, which is placed on one of the walls of Jakab's palace. Jakab's palace is now administered by the city of Kosice and the building is not used and is not accessible to the public.

Nearby things to do at Jakab's palace

An interesting nook in Košice, which breathes history, is Pushkin Street. Since 1927, the Jewish synagogue stands here, which includes the building of the Jewish school a...

Casemates of Košice are made up of late Gothic and early Renaissance loopholes, built on late Gothic foundations, and an extension and superstructure from the later perio...

In the heart of the historical part of Košice, there is probably the most attractive exposition Museum of Eastern Slovakia. It is Mikluš's prison and Executioner's apartm...

The Memorial House of Francis II Rákoczi, the so-called Rodošto, is open to the public in the area of Executioner bastion in the courtyard of Hrnčiarska Street in Košice....

If you are going to Košice, you should not miss the famous Pottery Lane - The Alley of Crafts. This alley is completely different from all others in Košice, because it ta...

An interesting building in the city of Košice is the building, which houses the museum - House of Crafts. It attracts people by its external architecture, which combines ...

The inhabitants of Košice do not have to give up their favourite sport, swimming, even during bad weather and cold months. Swimming is possible all year round thanks to t...