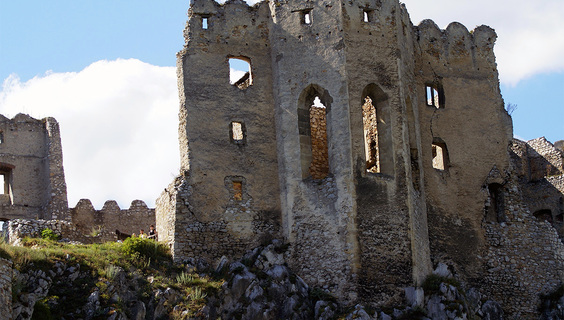 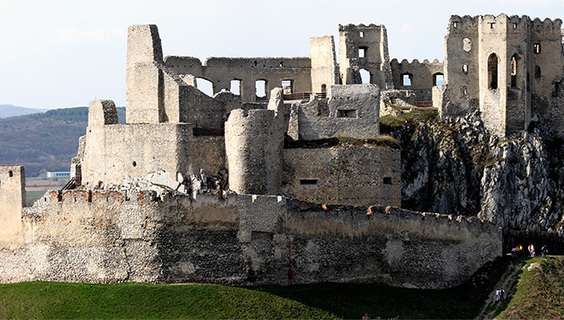 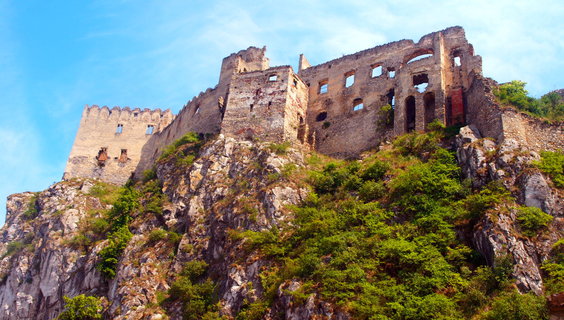 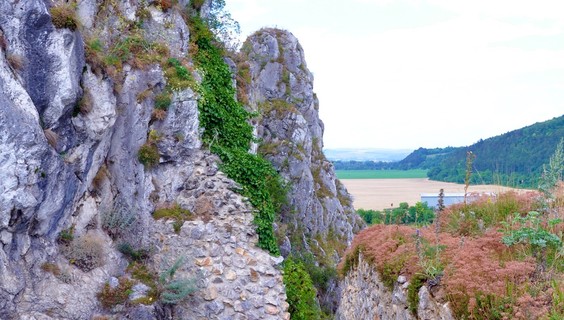 Beckov Castle rises on a high steep cliff above Beckov. The history of the castle dates back to the 12th century, when the old castle is mentioned in the chronicle by an anonymous chronicler.

The limestone rock was clearly of strategic importance, so in the 13th century the limestone castle was rebuilt into stone castle. In the 14th century, Matthew Csák of Trenčín, who was then the owner of Beckov Castle, rebuilt it to improve his defense.

Another important owner of the castle was the magnate of Polish origin, Ctibor of Ctiborice. He invested his great wealth in the extensive reconstruction of Beckov Castle. A magnificent courtyard was built in the northern castle forecourt, built according to the designs of royal courtyards . A chapel was built in the castle's majestic residence too. The rebuilding of the castle also touched its largest dominant, the castle tower. It was transformed into a tower permanently residential.

The Bánfi family managed the castle for over 200 years. Members of this family rebuilt it to Renaissance style. They also took care of improving and modernizing the castle defense.

However, in 1729 the castle burned down and only ruins remained.

You may need some: accommodation Beckov

Nearby things to do at Beckov Castle

In a small and perhaps unobtrusive village of Haluzice, a smaller but still very romantic lookout tower grew on the Hájnica hill.

Haluzická Gulley is not a typical gorge where you will find crowds of enthusiastic tourists. This mysterious gulley is less known, yet hides incredible natural wealth.

Zelená voda (Green water) is a lake about 2 km from the town of Nové Mesto nad Váhom, which bears the same name as the adjacent recreation center. The gravel mining was c...

Ski Center of Kálnica is located in Strážovské Hills, 27 km from Trenčín. The total length of the ski slopes is 2.3 km. The slopes are artificially snowed and the resort ...

The Podjavorina Museum is housed in a Baroque building from the 17th century, also called the Giláni's House in Nové Mesto nad Váhom. It was founded in 1951 and since the...

In the premises of Community Centre in Nové Mesto nad Váhom, there is the Peter Matejka Gallery, which is named after a native and especially an academic painter who is o...

In the village of Bzince pod Javorinou, there is a birthhouse of the well-known Slovak writer of children's books - Ľudmila Riznerová - Podjavorinská. In her honour and m...

On the hill Inovec, at an impressive height of 1042 meters, there is the steel beauty - the Inovec lookout tower. This highest peak of Považský Inovec offers to all its v...