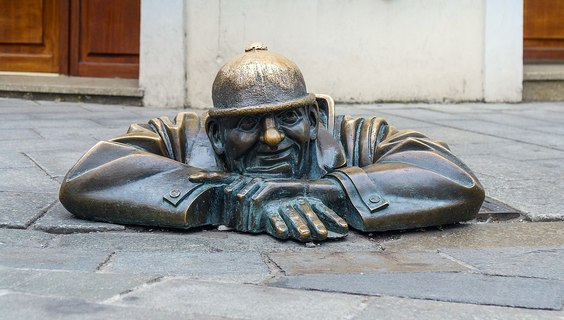 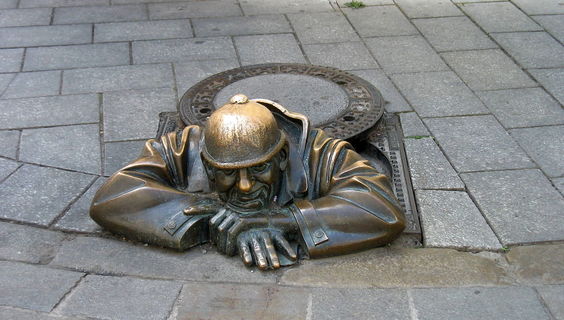 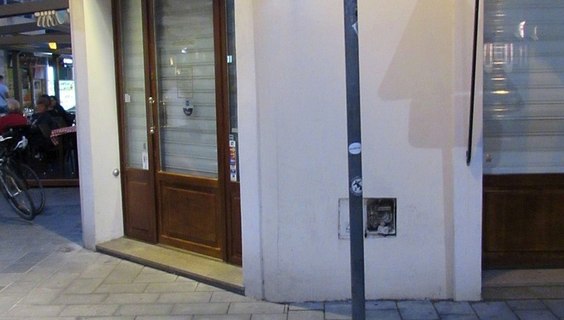 Just as Bratislava Castle is a symbol of the city of Bratislava, the bronze statue of Čumil (literally "the Gaper") is a symbol of busy streets in the center of Bratislava. Čumil peeks out of the canal, smiles, and looks dreamy into the distance. The bronze statue of Čumil enjoys great popularity among children and tourists from every corner of the world who are happy to take pictures standing next to him.

Čumil has been decorating the intersection of Laurinská, Panská and Rybia gates since 1997. The statue was made by Viktor Hulík. The statue was not based on any model and no ancient story is associated with it. In fact, it is the embodiment of the heart atmosphere of the historical center of Bratislava.

When wandering through the streets of Bratislava, stop by the other unforgettable sculptures, which are also popular attractions in the city center. It is a statue of Napoleonic soldier or Schöne Náci.

Nearby things to do at Statue of Čumil

The luxury that you and your better half deserve! Treat yourself to pampering with a couple massage and discover the magic and effects of coconut oil. Dazzling aroma, ple...

The cultural center of Bratislava is the charming historic building of the Slovak National Theater. The predecessor of this monumental building was the city theater build...