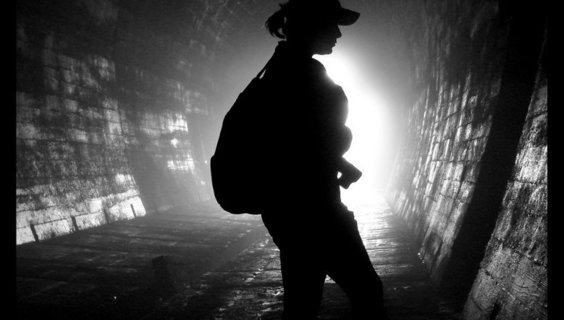 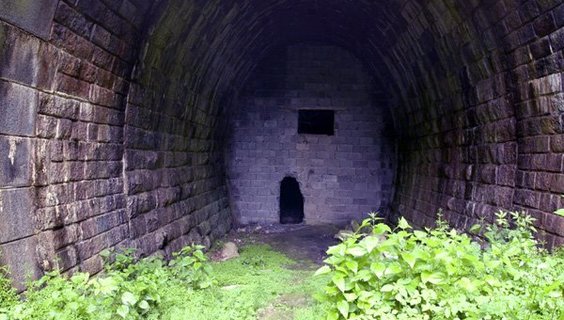 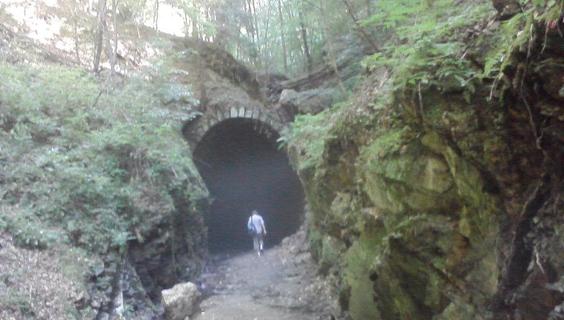 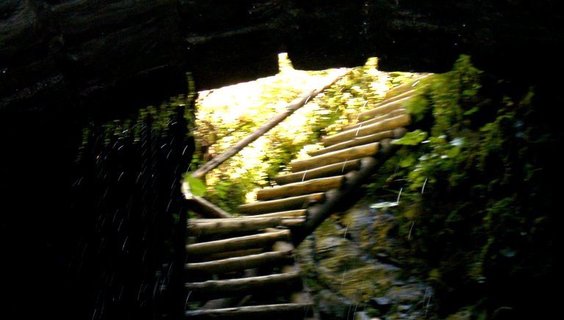 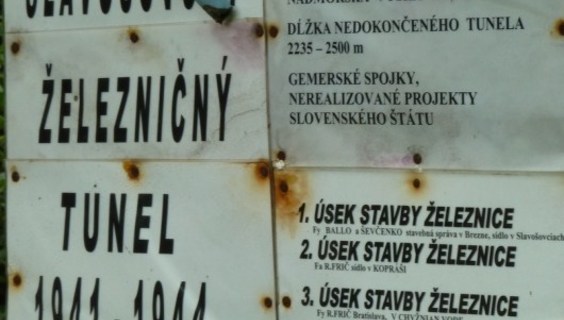 The construction of an alternative line to Slavošovce was started in 1941. The reason was the affiliation of the southern Slovak territories to Hungary after the Vienna Arbitration, whereby the paper mill in Slavošovce lost its contact with the world.

The construction of the tunnel was completed in April 1944. However, this tunnel was never used in real operation, because after World War II there was no practical reason to complete the planned track. Forcibly detached territories were returned to Czechoslovakia.

On the route Slavošovce - Magnetizovce, we can find two tunnels and one 120 m long viaduct, which is an ageless proof of the skill of our ancestors. They are cared for by local civic associations and can be easily reached on foot or by bike. After about 2.4 kilometers of being in the dark, we find ourselves at the other end of the tunnel under Homôlka. The pedestrian crossing takes about 45 minutes and since it is completely dark in the tunnel, do not forget the flashlight.

The tunnels are freely accessible all year round and also a marked cycling trail from Magnetizovce to Slavošovce with a length of approximately 5 km leads there.

You may need some: accommodation district Rožňava

Hotel Hrádok is located near the town of Jelšava, which lies on the border of the Slovak Karst and Slovak Ore Mountains. This environment is sought by lovers of relaxatio...

Not only Slovak, but also worldwide cave unique, Ochtinská Aragonite Cave, is located in Revúcka Highlands, between towns of Jelšava and Štítnik.

The beautiful cave was ...

The surroundings of the town of Revúca are formed by several hills that attract tourists. However, the most prominent of them is definitely the Kohút Hill, which is also ...

Stolica Hill is the highest hill in the Stolické Mountains. It is characterized by gradually rising, wide and massive mountain ridges, covered by vast meadows, which grad...

The dominant feature of the upper Gemer region is the limestone massif of Radzim belonging to Stolické Hills. The Radzim massif is not very popular with tourists and is m...

Winter belongs to lovers of winter sports. Whether you are an active or just a recreational sportsman, from time to time it is a good idea to let yourself go a bit and tr...

The Vyšná Slaná - Július Ski Resort is located near the village of Dobšiná close to the Radzim cottage. The resort has 2 ski lifts with a capacity of 1200 persons / hour ...