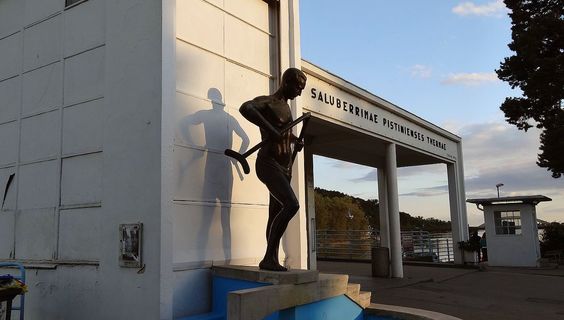 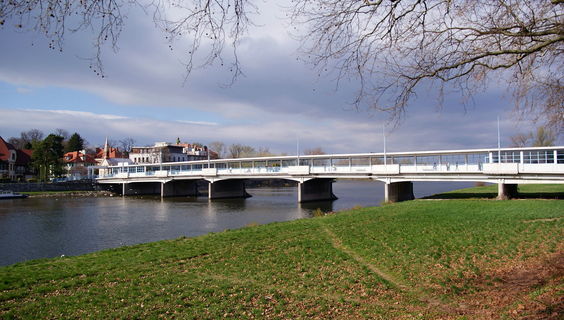 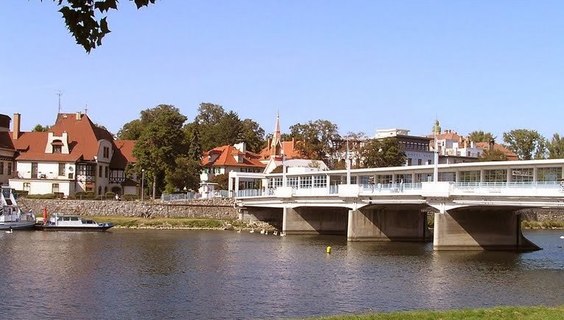 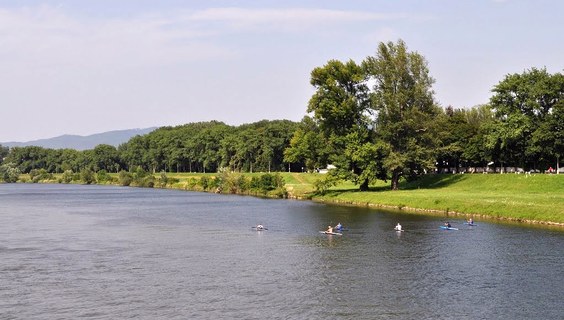 The town of Piešťany is not only a place sought-after by people because of beneficial effects of the local spa. Indeed, it has something to offer even from a historical or architectural aspect. One of these architectural gems is the Colonnade Bridge, which spans the Váh River.

The Colonnade Bridge in Piešťany is the longest covered bridge in Slovakia. With its length of 141.8 meters, it connects Spa Island with Piešťany. The longitudinal wall is divided into the north and south sides, which also serve as a solarium.

The unique colonnade bridge represents the peak of functionalist architecture in Slovakia and is an essential feature and symbol of the city. The Colonnade Bridge is often called the Glass Bridge. This national cultural monument is the work of the architect Emil Belluš and the artistic decoration was artfully solved by the national artist Martin Benka.

Nearby things to do at Colonnade Bridge in Piešťany

On the occasion of the 100th anniversary of the birth of the Slovak poet Ivan Krasko, in 1976, the Balneology Museum of Imrich Winter opened a new exhibition - Memorial R...