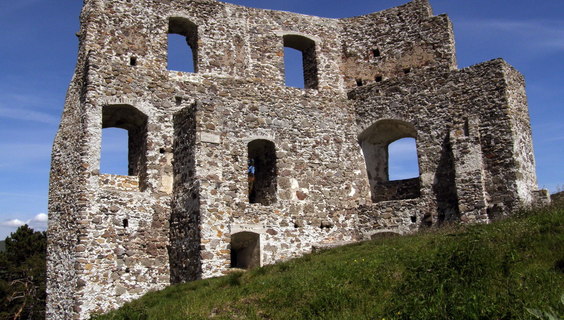 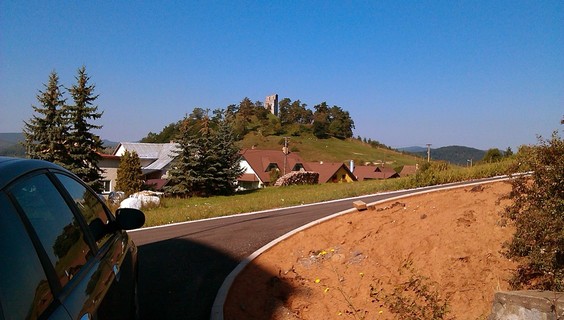 A distinctive village of Dobrá Niva, located in central Slovakia near the town of Zvolen, can also boast of its own castle.

The Dobrá Niva Castle dates from the second half of the 13th century. It was once the center of the royal estate. Its task was to guard an important traffic artery, which is mentioned in the old documents as Via magna, and which connected the center of the Kingdom of Hungary through Zvolen, Liptov and Orava with Poland.

The last glorious time of the castle was the 18th century, and since then the castle of Dobrá Niva has become desolated. The crumbling walls have become a source of building stone.

Today, the restored corner of the palace with window openings and two stone consoles that originally carried the archer are preserved. The castle, which is located on a cone hill, can be easily reached on foot from the village of Podzámčok. The journey to the castle takes about 20 minutes with a pleasant, slow walk.

You may need some: accommodation district Zvolen

Nearby things to do at Dobrá Niva Castle

Flight in the clouds is an unforgettable experience. Be enchanted by the bird's eye view of Banska Bystrica, Banska Stiavnica, Krupina or High and Low Tatras. Fly in a sm...

Gavurky - a unique place that attracts not only tourists but also scientists. It is an oak grove that extends near the village of Dobrá Niva near Zvolen.

Lunter's Ranch is located in a recreational area 10 km from Zvolen. It is surrounded by the Javorie Mountains. Nature in the neighborhood of Kráľová - Zvolen - is ideal f...

If you are looking for a great skiing trip near Zvolen, head straight to the Kráľová near Zvolen ski resort. The resort is ideal for recreational skiers as well as advanc...

The ruins of Pustý Castle (i.e. Abandoned Castle) are located near the town of Zvolen over the confluence of the rivers Hron and Slatina. It consists of two castle comple...

The Orlík complex is located near the city centre of Zvolen in the pleasant environment of the water reservoir Zvolen-Môťová and the foot of the Zálužná Hill. If you are ...

The town of Zvolen is rich in historical monuments, even those with military themes. In Višnovský park, next to the railway station of Zvolen, there is a copy of one of t...

National Cultural Monument of Zvolen Castle is the dominant and symbol of the Central Slovak city of Zvolen. This Gothic-Renaissance chateau was built in the 1970s by the...