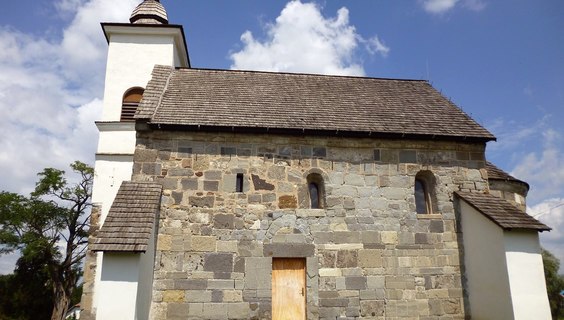 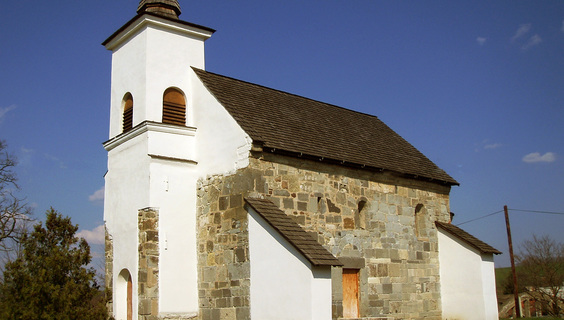 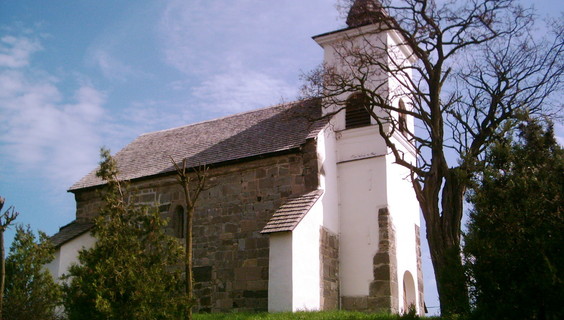 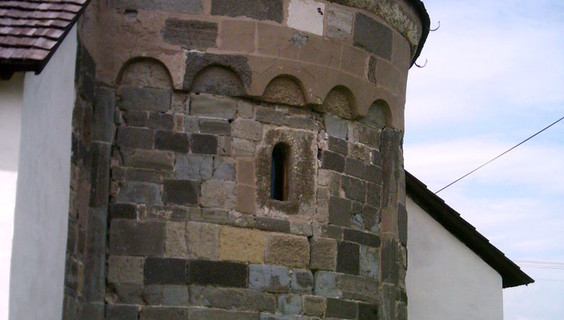 The Romanesque church in Kalinčiakovo is considered one of the most beautiful in Slovakia. The ancient church dates back to the mid-12th century and attracts attention not only of tourists, but also of preservationists.

It is located at the main road from Levice towards Kalinčiakovo (town part of Levice), on the right side on elevated territory. Its surroundings are diversified with greenery and woody plants.

From the architectural point of view, the church consists of a Romanesque semi-circular apse and a longitudinal, straight-roofed aisle. Inside the church, there is an organ from the Classicist period and a worship vessels from the 17th-19th century.

During the reconstruction in 1932, Romanesque windows and a portal were found in this medieval sacral building. Apart from the Romanesque building elements,** the partially preserved floor of hardpacked clay** is still a unique feature of the church interior.

Interestingly, when digging the foundations for a family house near the church, a cemetery with tombs dated to 10-12th century was discovered . It is said that the church was to be connected by an underground passage with Levice Castle.

You may need some: accommodation Levice

Nearby things to do at Romanesque church in Kalinčiakovo

Located 6 km from the center of Levice in the Kalinčiakovo district, the Margita - Ilona recreation center is the most sought after and the largest tourist center in the ...

Not far from the town of Levice, there is a small travertine hill called Vápnik, which is a pleasant place for relaxation or family walks in the lap of nature. At the top...

Riding a horse along winding paths and the picturesque nature everywhere around - real balsam for the soul that you can indulge in the Merci Cheval Riding School. The spo...

The Tekov Observatory in Levice was founded on January 1, 1956 and is the third oldest observatory in Slovakia. In addition, its uniqueness lies in the fact that this ins...