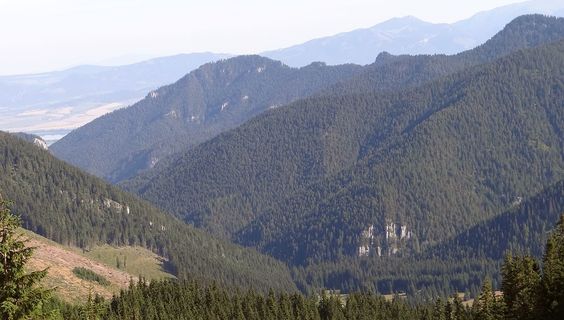 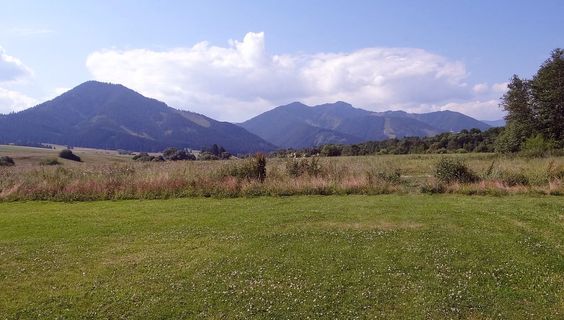 In the Low Tatras, in addition to the well-known tourist peaks such as Ďumbier and Chopok, there are other equally beautiful and interesting but less sought-after hills. These include Demanovská Hill, which offers a nice hike with views.

Demänovská Hill is located in the attractive part of the Low Tatras, near the village of Pavčina Lehota near the Demänovská Valley. Hike is really unpretentious, most of the trail is very relaxed, only at the last ascend meters you will get more sweaty.

You can admire the beautiful nature and interesting rock formations everywhere around. Lovers of the views will prefer mostly the rocky outlook at the top of the Demänovská Hill. Impressive views of the Liptov Basin, Western Tatras, Choč Mountains, Liptovský Mikuláš and Liptovská Mara will just catch your heart.

On the top, there is also a bench with a table where you can take a seat, refresh and gain new strength. The summit is wide, consisting mostly of mountain meadow and rocks.

You may need some: accommodation Liptovský Mikuláš

Nearby things to do at Demänovská Hill - 1304 m asl

The enchanting ice kingdom, which has survived for thousands of years even during the greatest heat, can be found in the underground cave areas of the famous Demänovská I...

Are you having a holiday in the beautiful surroundings of Liptov and are looking for an adrenaline experience combined with a lot of fun laughter? Then you should visit t...

If you are looking for a perfect skiing in Liptov, try to visit the ski resort of Žiarce.

Ski Center Žiarce is located near the Liptov village of Pavčina Lehota at the f...

Welcome to Ovečkoland (Sheepland), the only fun park of its kind in Slovakia. At the end of the village of Pavčina Lehota, just below the steepest bobsleigh track, you ca...

Peace, quiet and beautiful nature wherever you look. All this surrounds a small village of Pavčina Lehota near Liptovský Mikuláš. Since 2007, this locality is even more a...

The charming and mythical name, Poludnica (Noonday Witch), was given to a lush wooded hill located at the end of the crotch of the Kraková hoľa in the Low Tatras. This hi...

Demänovská Cave of Liberty, has been astonishing visitors for many years with its rich sinter filling of various colors, the mysterious underground stream of Demänovka, a...

The beautiful environment of Liptov attracts crowds of tourists and hikers from different parts of Slovakia and abroad every year. It can boast of not only beautiful natu...