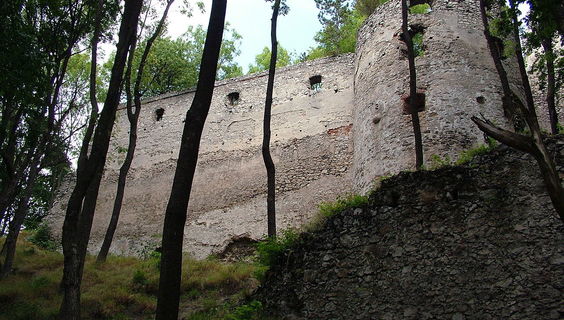 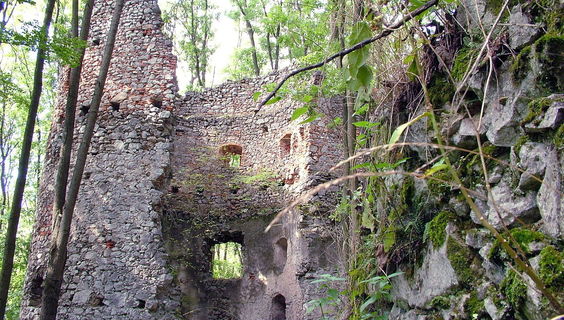 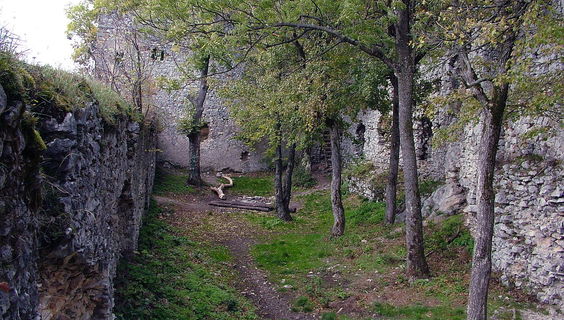 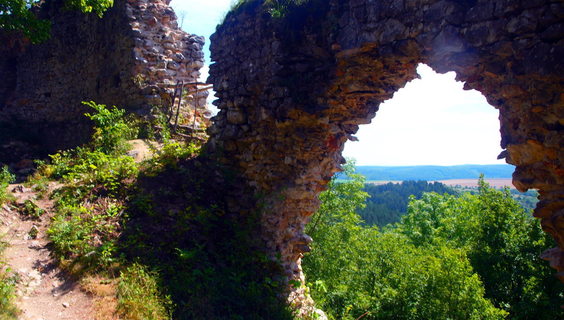 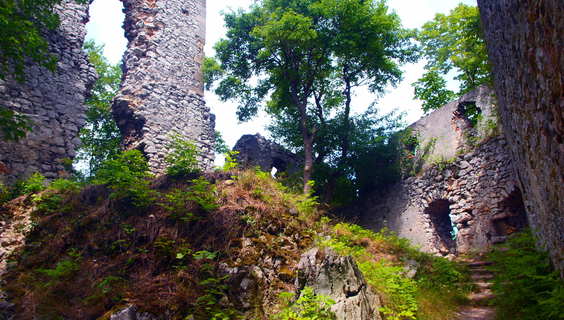 The castle was built on the site of an older fort in the 13th century, in a mountainous terrain on a rocky outcrop, on one of the roads passing through the ridge of the Little Carpathians. Its location predetermined it to be a guarding castle. The name of the castle is derived from the numerous water springs in its vicinity (Dobrá voda means Good water).

At times of the rebellion of Francis II. Rákóczi (in 1703) the castle was very damaged and subsequently repaired. In the 18th century, however, the castle was struck by fire and could not be restored anymore. Like many other ruins in the Little Carpathians, it slowly disintegrates. Today, it is still possible to see the most striking architectural features of this building - a larger, square tower, and a smaller tower. In addition, remnants of various farm buildings are visible too.

The extensive ruins of Dobrá Voda can be reached from the village of Dobrá Voda. The starting point can be a municipal church, where you can park, or drive a narrow asphalt road up until you reach a large cemetery where there is a smaller car park too. The route continues through the cemetery along the red marked trail and the ascend lasts approximately 20 minutes.

You may need some: accommodation Dobrá Voda

Nearby things to do at Dobra Voda Castle

Dvoly is located near Brezová pod Bradlom in the Brezová part of the Little Carpathians. This is the place where the partisan section of Ján Repta of II. M. R. Štefánik P...

Before you go to the Barrow of M. R. Štefánik on Bradlo Hill in the center of Brezová pod Bradlom, you will find the National House "Štefánikov" right on the square and i...

We are a family-based stable with eight own horses in the small village of Osuské in western Slovakia. We offer riding lessons for both big and small and beginners. For m...

As a commemoration of the events of 1944 and 1945, which took place in the area of scattered settlement of U Rehušov, but also at Horné and Dolné Paseky, and also as a tr...

There is a countless number of lookout towers and observation towers in Slovakia. But if you are looking for a one that has an unconventional design and has its twin, do ...