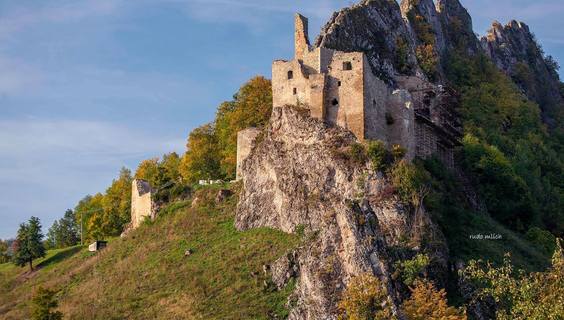 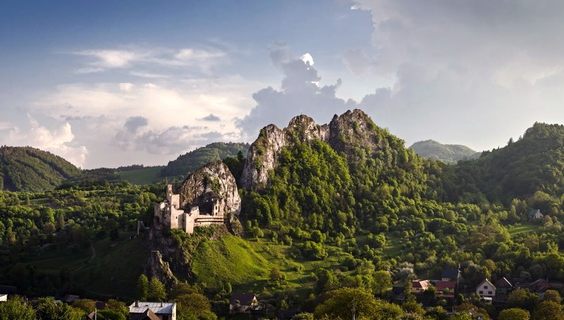 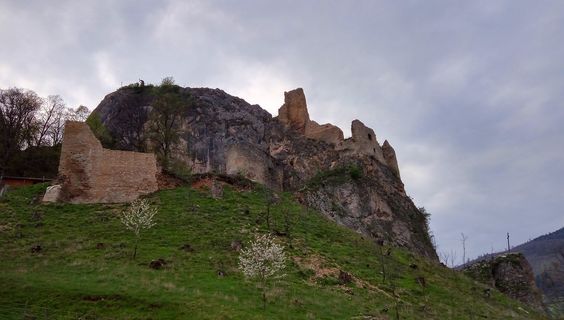 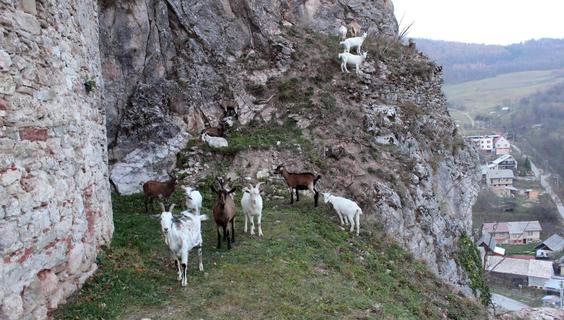 On the rock, which rises above the village of Lednica, ruins of Lednica Castle can be found. Castle used to serve to guard the border once. It was built in the first half of the 13th century directly on a steep cliff, making it almost inaccessible.

The castle of Lednica is also associated with the legend of the White Lady of Lednica, who allegedly haunted here. It was said to be a subject girl, Katarína, to whom the castle lord had a taste. She refused to submit to him, escaped from the chambers and then jumped from the walls to the depths below. On the place where she died, in the rocks below the castle, the villagers placed a wooden cross.

Today, Lednica Castle is a popular tourist destination not only for its fascinating history, but also for its beautiful nature everywhere. The starting point of the ascent to the castle is the picturesque village of Lednica located just below the castle. Climbing the castle from the center takes about a quarter of an hour. You can end it by beautiful views of the surroundings, which you can see from the observation point, which can be reached by a stone staircase at the top of the castle.

You may need some: accommodation district Púchov

Nearby things to do at Lednice Castle

A unique Outlier of Červený Kameň attracts from a distance like a magnet. A sharp rocky ridge with a rock needle and a massive rock wall create an impressive landscape sc...

We invite you to take a hiking walk along the “Three Rocks" near the village of Dohňany - it is suitable for hikers but also for cyclists or cross-country skiers. The edu...

Natural treasures of the Center Považie region undoubtedly include the charming and somewhat mysterious Vršatské bradlá (Vršatec Cliffs), which are part of the White Carp...

Vršatec Rocks are a massive limestone massif that is unmistakable and easily visible from a distance. They rise above the village of Vršatské Podhradie and hide the ruins...

Perhaps everyone knows Púchov rock, whether as an excellent place for hiking, historical attraction or from the reputation of Janko Matúška. Anyway, Púchov Rock has a ric...

Forest nature trail of Bolešov - Krivoklát is one of the information and educational paths that will take you through beautiful locations in the White Carpathians. It was...