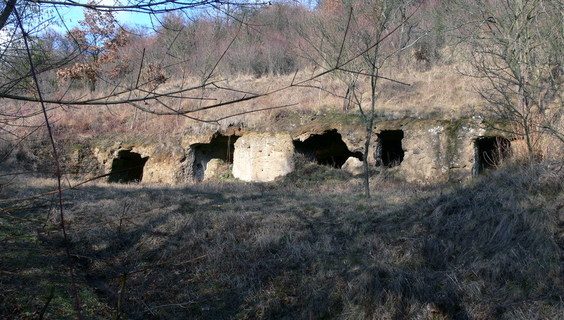 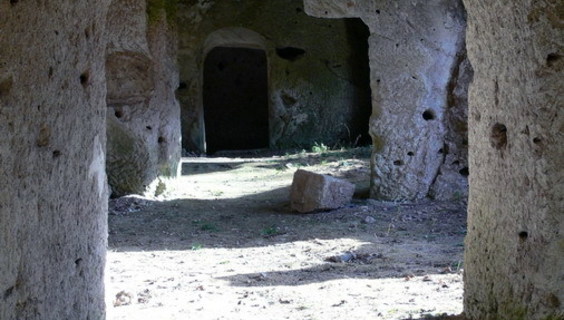 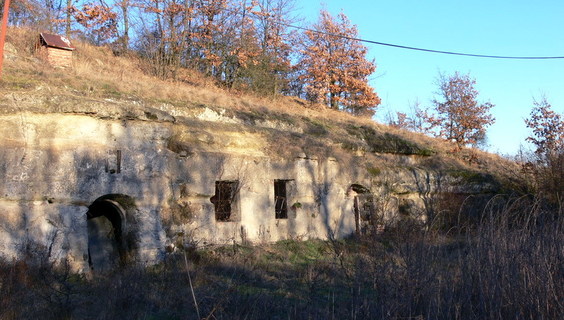 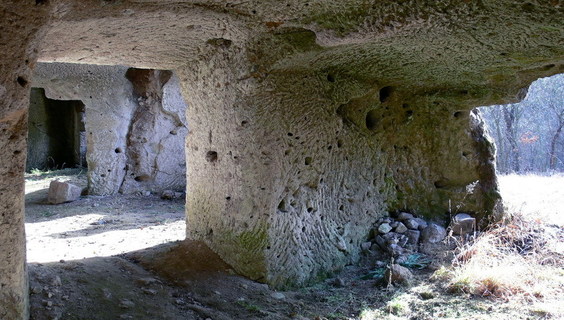 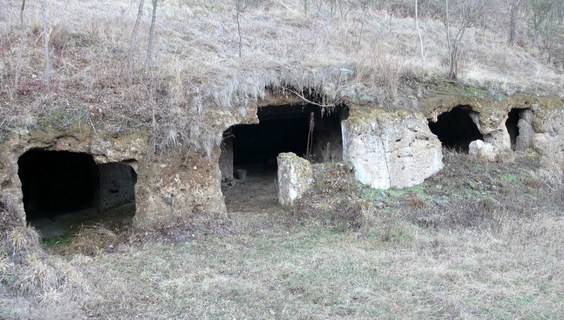 The small village of Lišov near Dudince is abounded in history and in recent years has become more and more sought after by tourists. Behind the village, on a vast meadow, there are dwellings carved in the rock. From the field path, you will see the large openings of these rocky dwellings first, but true beauty is hidden inside.

In the rocky dwelling, there is a windowless room with a smoky dark hole cut from the underground to the surface that was once a kitchen. Just a few steps away is a tiny bedroom with bed and bedside table, which are also carved directly into the rock massif.

The huge room, immersed in impenetrable darkness, about 5 meters wide and about 30 meters long, is also admirable. In 1554, rock cavities and caves in the local sandstone, tuff and tuffite rocks became an asylum for the inhabitants who hid from the Turks.

Another rock dwelling is located on the opposite side of the village. It is slightly larger, it also has several smaller and larger rooms and its façade is decorated with remains of a previously unknown sign.

Rocky dwellings today are covered with greenery outside and some parts are covered, but they have not lost their mysterious spirit and historical face. In the village of Lišov, there are also smaller rock houses, which people have modified over time and now serve as wine cellars.

You may need some: accommodation district Krupina

Nearby things to do at Rock dwellings

Krupinská Plain is a perfect place for adventurers. In addition to the beautiful unspoiled nature, majestic hills, diverse fauna and flora, you will also find unique natu...

The wine-growing settlement included in the List of Monuments of Folk Architecture in Slovakia lies in a beautiful and quiet location on the outskirts of the Štiavnické M...