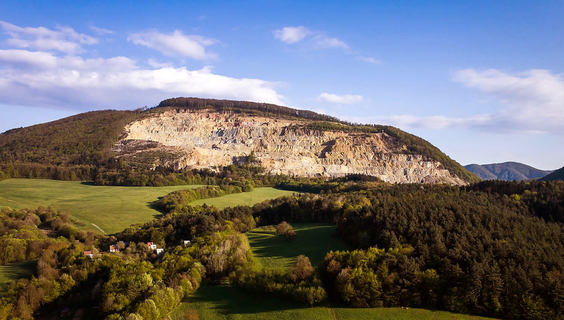 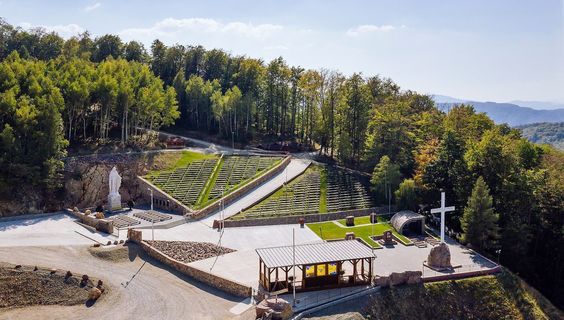 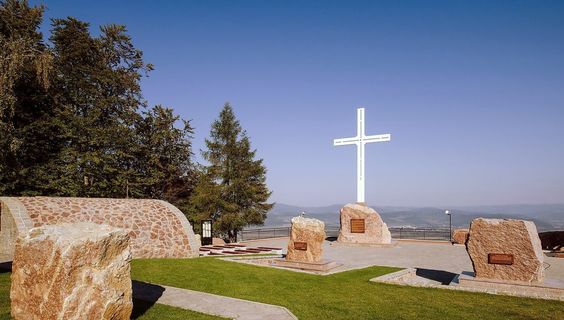 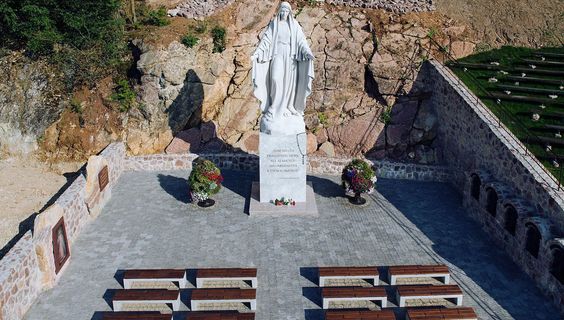 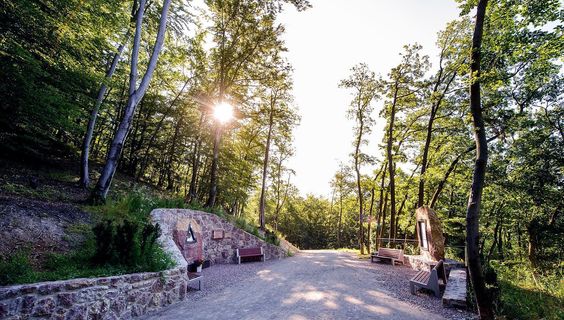 Pilgrimage place Butkov in district Ilava is unique in Slovakia. It is not only the youngest in our country, but its location and story of origin is also exceptional. It rises on the dominant of the western edge of the Strážovské hills - on the 765-meter-high Butkov hill.

The origin of the hill begins at the bottom of the Mesolithic and Tertiary sea full of simple animals with limestone shells. In millions of years, compact limestone was formed from them by gradual accumulation and hardening. The management of Považská cement plant Ladce has the largest share in the creation of the pilgrimage site itself, for which the Butkov hill is the main source of limestone for cement production.

The first impetus for the creation of a pilgrimage site was the visit of the Franciscan minority, Father Elias Vella from Malta, to the general director of the cement plant, Anton Barcík. He took the father to the top of Butkov. "It was in 2012, for unexplained reasons he visited me and after prayer and blessing at the top I received a message from him to build a cross on the mountain. I could not imagine it, because the place was part of a quarry where enry was forbidden. Nowadays it has been already removed from the mining area, and a year later a 12-meter-high cross stood on top, which Father Vella came to bless," Barcík explained the beginnings of the pilgrimage site.

Gradually, other sacral buildings, chapels and an access road through the forest with the stops of the stations of the Cross grew up in Butkov and [various events and pilgrimages] take place here (https://www.krizbutkov.sk/aktivity/program) during the year. The area is freely accessible all year round.

You may need some: accommodation district Ilava

Above the village of Košecké Podhradie, there are small ruins of the Košecký Castle. The castle was said to have been built by the Templars upon their return from Palesti...

The picturesque village of Horná Poruba in the district of Ilava is really rich in terms of natural wealth and tourism. Few people, however, visit these areas and so the ...

In the enchanting environment of the Mojtín Karst, nature has shown its charm and conjured a unique and magnificent cave called Mojtínska Cave, also called Cave of St. Jo...

In Bohunice nad Váhom, a small village in the foothills of the massive Vršatecké Bradlá, the romantic mansion from the mid-19th century built in Neo-Gothic style stands p...

Several tourists agree that Vápeč is one of the most beautiful hills in the Strážovské Mountains. Every year, it is visited by many tourists who want to enjoy not only gr...