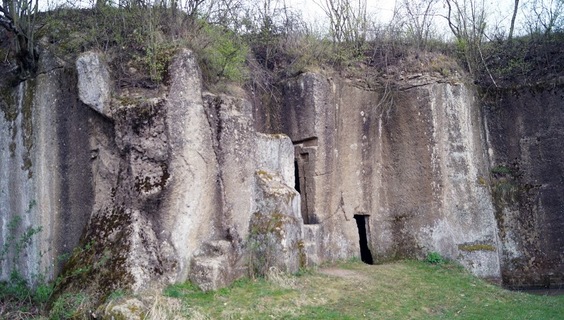 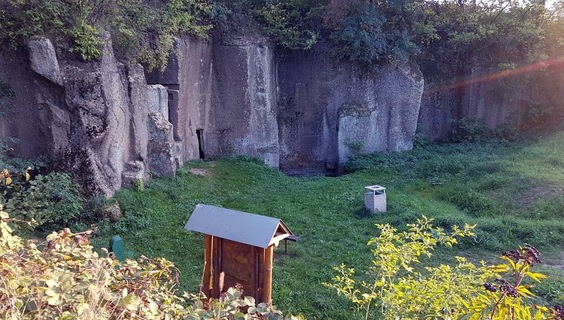 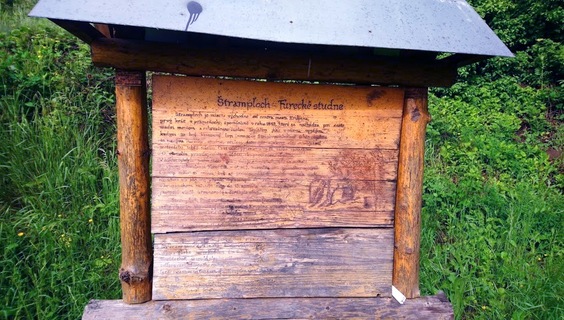 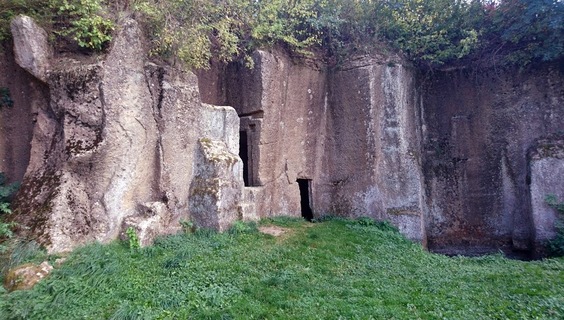 One of interesting tourist attractions in Krupina are Turkish wells. They are located in a locality called Štrampľoch (stone quarry) by locals. Turkish wells are actually rock shelters carved in a former quarry. Their origin and purpose is still a mystery.

It is assumed that local poverty used Tukisch wells as a dwelling, but it is not excluded that they could also be used as a shelter at the time of the Turkish raids. Last but not least, it cannot be ruled out that these premises could once have served as cellars, which were later flooded with water.

Another interesting feature of the quarry is the stone room carved into the rock formation. Next to the stone room entrance, there is a small moat in which the spring was discovered. The surrounding area is planted with greenery, benches and a table, as well as an information board. Turkish wells are easily accessible. You can get there by a comfortable walk directly from the city center along the marked hiking trail.

You may need some: accommodation Krupina

Nearby things to do at Štrampľoch - Turkish wells

The Andrej Sládkovič Municipal Museum opened its doors to the general public in November 1968. Since then, its premises have gradually expanded and the memorial room of A...

Vartovka in Krupina is a guard tower of a square ground plan, approximately 13 meters high. It was built around 1564. Its main task was, along with other guard towers in ...

Not far from the town of Krupina, there is the nature reserve of Mäsiarsky bok. In this locality, the roughness of the rock formations and the rocks falls weds with the s...

The Bzovík Fort was originally a monastery built on a low elevation in the village of Bzovík. The monastery was built in the second half of the 12th century. It was origi...

Perfect relaxationin in secluded company that treats the soul and body - the horses. Ranch below Žobrák Hill is hidden in the arms of the beautiful Krupina Plain, where y...

Near the road connecting Banská Štiavnica with Krupina there is a unique natural formation called Štangarígeľ (Krupiny Rocks). What you can admire here today are actually...

The Manor House in Svätý Antonis a National Cultural Monument. It was built on the site of a fortified medieval castle from the 15th century, it was rebuilt several times...

The region of Banská Štiavnica boasts of a number of natural pools. These also include the Studenské Lakes, also known as the Kolpašské Lakes. They are situated in the vi...