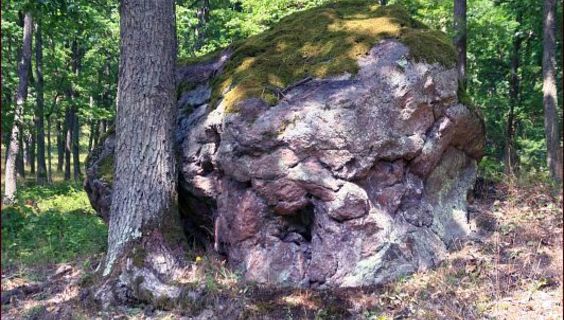 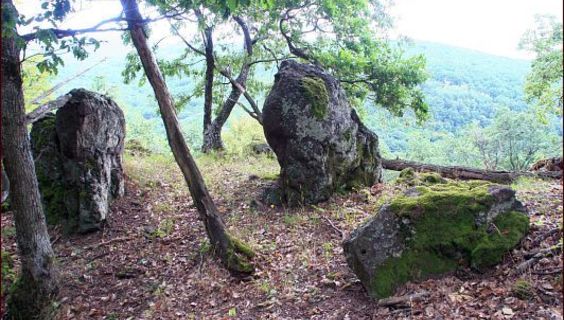 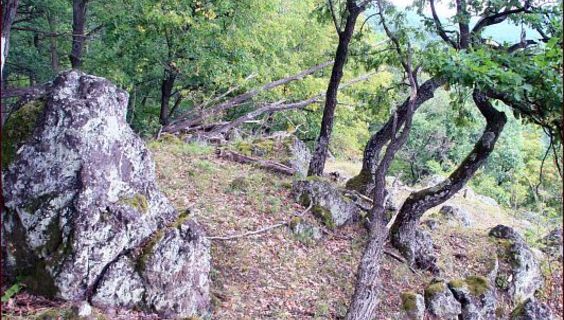 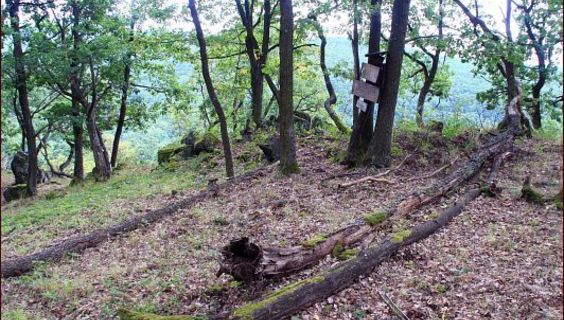 The distinctive village of Tekov region called Čajkov is not only known for its excellent wine, beautiful and richly decorated folk costumes, but also for its beautiful nature, which consists of ridges and slopes of the Štiavnické Hills as well as deep valleys.

In one of these valleys, namely the Sovia Valley (Owl Valley), the Educational trail of Čajkov Boulders begins, which informs tourists about the natural, conservation and historical attractions of the immediate surroundings of Čajkov. The educational trail was named after the andesite rock formations found in the local forests.

The walkway was opened in 1990 and will lead you through thermophilous oak forests and interesting rock formations. There are five information boards on the trail, which draw attention to the attractions and exceptional locations in its immediate vicinity.

The route is easy in orientation and ideal for families with children or less experienced tourists. The total length is 6 km and the route has an undemanding circular character. The transition time is approximately 2.5 - 3 hours.

You may need some: accommodation district Levice

Nearby things to do at Educational trail of Čajkov Boulders

The Hillfort of Krivín is a natural site of volcanic origin. Specifically, it consists of forested rock cliffs rising above the Hron River near the villages of Psiare and...

The Benedictine monastery in Hronský Beňadik is made up of a group of fortified sacral buildings. Preserved monastery and church are among the most valuable Gothic monume...

The educational trail In the footsteps of old ore mining in Pukanec combines the best, most beautiful and interesting of the surrounding natural beauty and history of the...

Riding a horse along winding paths and the picturesque nature everywhere around - real balsam for the soul that you can indulge in the Merci Cheval Riding School. The spo...

The town of Bátovce - it is a beautiful nature, outlooks, vineyard houses and cellars in the vineyard area, or endless summer roasting under the starry sky. All this was ...

Bohunice Water Mill is a special type of water mill with top drive wheel. In 1938, electricity was introduced into it. There is a museum in the mill, where visitors can l...